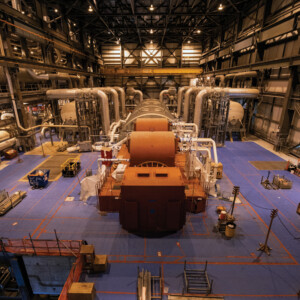 The Future of Clean Energy?

Tom Oder reports that Georgians will find out this year how much truth is in the English proverb, “Good things come to those who wait. In this case, individuals, small businesses, state and local governments, manufacturers and utilities, among others, are waiting to find out the exact benefits they will receive from the energy portion of the Inflation Reduction Act (IRA).

Kelly Yamanouchi reports that pilots union negotiators at Delta Air Lines have finalized language for a tentative labor agreement, a key step toward a new contract that would give pilots an initial 18% pay increase. The tentative agreement now goes to leadership of the Air Line Pilots Association at Delta, which will spend at least a week considering the deal before it can be sent to rank-and-file pilots for a vote.

Jake Busch reports that a Life University executive sought to dispel misconceptions about the university as much as he aimed to provide an update on the school at this week’s Kiwanis Club of Marietta luncheon. Founded as a chiropractic college in 1975 by Sid Williams, Life now has undergraduate and graduate degree programs and numerous sports teams, said Gilles LaMarche, the school’s vice president of university advancement.

Taylor Cooper reports that on Wednesday the Brunswick City Commission will decide whether to offer a helping hand to homeowners and renters on the verge of eviction or losing their homes. City Manager Regina McDuffie proposed an arrangement at an earlier meeting with the Coastal Georgia Area Community Action Authority to provide $250,000 to bolster the authority’s renter and homeowner assistance program.

Trevor Williams reports that the post-pandemic shakeup of the Atlanta Consular Corps continued throughout the course of 2022, with a number of new diplomats arriving just as their public schedules could return to normal for the first time in two years. Some of the city’s largest and most active missions saw their top diplomats change as 2022 ended, with another contentious election in Georgia and nationally providing a punctuation mark on an era of change and uncertainty.

Jess Mador reports that the Supreme Court of Georgia has announced March 28, 2023, as the date when justices are expected to hear arguments in a lawsuit challenging the state’s abortion restrictions. The case has been moving through the courts since last summer. Georgia’s 2019 abortion law, known as House Bill 481, bans abortions after around six weeks of pregnancy, when cardiac activity can often be detected in the womb but before many women even know they’re pregnant.

Stanley Dunlap reports, Democratic President Joe Biden took to the pulpit Sunday at the historic Ebenezer Baptist Church where Martin Luther King Jr. once delivered many powerful and eloquent sermons in the final years of his life. With an invitation from Ebenezer pastor and U.S. Sen. Raphael Warnock, Biden on Sunday became the first sitting president to preach from the pulpit of downtown Atlanta church on what would’ve been the 94th birthday for the slain civil rights leader.

Andrew Wilkins reports that Sen. Colton Moore and Rep. Mitchell Horner of Northwest Georgia joined their colleagues in the Georgia General Assembly as its 2023 legislative session convened this past week. As members of the seven-person conservative Georgia Freedom Caucus, both men said they are committed to defending fiscal responsibility and their districts’ conservative values under the Gold Dome.

Rebecca Grapevine reports that Augusta University Health System (AUHS) – WellStar partnership proposed last month is in line with national trends toward health-care partnerships, experts said this week as a few additional details emerged about the plan. AUHS is a key training facility for medical residents and other future health-care providers.

The Jolt: Kemp looking for legacy with EV expansion in Georgia

Patricia Murphy, Greg Bluestein and Tia Mitchell report, there were some chuckles in the crowd when Gov. Brian Kemp staked a second-term goal in his inaugural speech Thursday of making Georgia the “electric mobility capital of America” — and then immediately said the state would be “keeping our foot on the gas” to meet the goal.