T.A. DeFeo reports that Georgia saw its revenues exceed expenses overall during the past 15 years, a new report reveals. The Peach State’s total revenue as a share of expenses during fiscal 2006-20 was 102.6%, according to a new analysis from Pew Trusts. 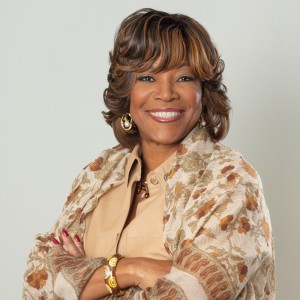 Karen Kirkpatrick reports that Macon-born Dr. Valerie Montgomery Rice, a researcher and infertility specialist, has been at Morehouse School of Medicine (MSM) since 2011. She – and MSM – are committed to the creation and advancement of health equity.

Donovan J. Thomas reports that Atlanta’s tourism and hospitality industries are gearing up for what is expected to be a return to a pre-pandemic-type turnout for New Year’s events, with a college football playoff semifinal and the return of the Peach Drop on tap this weekend.

Staff reports that Dalton-based SYNLawn announced that George Neagle has been appointed as the president of its new Global division. Neagle previously served as the executive vice president at SYNLawn, overseeing the Americas division.

Staff reports, up to 65 jobs could be associated with a substantial real estate closing in Armuchee. An 80,000-square-foot warehouse at 980 Turkey Mountain Road has sold for $1,937,500. Hardy Realty’s Jimmy Byars represented the seller and colleague Steve Graves the buyer. Graves says the buyer is Think 360 Inc., which has offices in Decatur (Ga.) and elsewhere.

Staff reports that Atlanta has been chosen as one of three cities to participate in a program to address racial bias in home valuation. A recent study found persistent and widespread undervaluing of homes in communities of color.

Ross Williams reports that a lot happened in Georgia in 2022. The end of Roe v. Wade kicked off an ongoing court fight set to shape the future of reproductive care. The state lost one of its most vaunted leaders when House Speaker David Ralston died last month.

Jeff Gill reports, knocking on doors is still a campaign routine, but it was often an engaging experience for Derrick McCollum, as the person answering the door this past election year wasn’t always a complete stranger. Sometimes, the prospective voter would say, “You came to my house and helped my mom, or something like that,” McCollum said.

Handful of new laws to take effect in Georgia this weekend

Dave Williams reports that most bills the General Assembly passes each year take effect on July 1. But a smattering of new laws enacted during the 2022 legislative session will kick in this Sunday, Jan. 1, including a bill making it easier for food trucks to do business and several new or expanded tax credits.

The questions that will shape Georgia politics in 2023

Greg Bluestein reports, at the dawn of 2023, Georgia is poised for another big political year. Kemp and Warnock aren’t just the two most powerful politicians in Georgia — they’re now bona fide national figures.