With goal of 10,000 homes in two decades, Heartwood at Richmond Hill is up and running

Latrice Williams reports that Heartwood at Richmond Hill is up and running. More than a dozen families have settled in, the park is complete and staff members held a ribbon cutting ceremony for Outfitters Park in September where exercise classes are held. 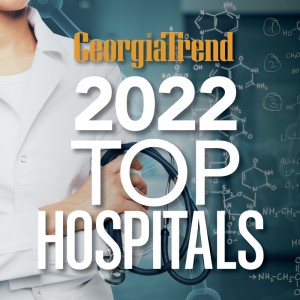 Mark Thompson reports that healthcare organizations continue to be impacted by the COVID-19 pandemic. While hospital rankings offer useful benchmarking information, this year’s ranking reflects the effects of the pandemic and should not be used to compare with past years’ rankings.

Hannah Jones reports that nonprofits, municipalities, churches and businesses across Warner Robins and Houston County are collaborating to create a new hub to serve the community’s homeless population. The city of Warner Robins is leading the initiative alongside partners from various sectors to form the Greater Houston Coalition.

Mark Rice reports that the number of movies and television shows filmed in Columbus is expected to increase exponentially starting next year, now that a production company cofounded by a former Fort Benning soldier has reached agreement with W.C. Bradley Real Estate to manage its Flat Rock Studio. Catalyst Productions cofounder and CEO John Mock, a retired U.S. Army captain, confirmed the deal in an interview with the Ledger-Enquirer.

Staff reports that Georgia’s commercial and recreational food shrimp season will close as prescribed by law at 6 p.m. Saturday, Dec. 31, the Georgia Department of Natural Resources (DNR) announced today. Biologists with DNR’s Coastal Resources Division (CRD), which manages the state’s marine fisheries, report a standard measure of shrimp abundance known as “catch per unit effort” was significantly lower this month compared to the 20-year average and a factor in the closure date.

Lauren McDonald reports that sea turtles are a beloved visitor in the Golden Isles during nesting and hatching season through the summer and fall. But at the Georgia Sea Turtle Center, they are year-round guests. And during the cold winter months, many incoming patients at the sea turtle rehabilitation facility on Jekyll Island are admitted with what’s known as “cold stunning.”

Chart Riggall reports that a new report from Cobb’s public health authority found in the aftermath of the pandemic, the county is facing rising rates of drug use and mental health struggles. The community health assessment, prepared every five years by Cobb & Douglas Public Health, is a sort of check-up on the state of the two counties’ wellness.

T.A. DeFeo reports that a nonprofit has named Georgia’s decision to give $1.5 billion in incentives for a Rivian Automotive electric vehicle assembly plant 2022’s “Worst Economic Development Deal of the Year.” The Michigan-based Center for Economic Accountability bestows the honor to a government subsidy of a private company that best illustrates the “massive wastefulness and ineffectiveness of government economic development subsidy programs.”

Stanley Dunlap reports that a radically reshaped Georgia Legislature will begin a new session on Jan. 9 and a host of organizations will set the stage for what to watch when lawmakers return to the Gold Dome. On Jan. 8, Feeding Georgia’s largest fundraiser, the Wild Hog Supper, will mark the beginning of the legislative session as lawmakers and lobbyists get together for the annual reunion.

Rebecca Grapevine reports after failing to win federal approval to exit the federal insurance marketplace earlier this year, Georgia has established its own health-insurance portal directing people to private insurers and brokers to buy health insurance. The new website, called Georgia Access, includes links to 10 health-insurance companies – including big players such as United, Kaiser Permanente, and Aetna – as well as seven online brokers, organizations that help people shop for and enroll in health insurance.

Tia Mitchell reports that the U.S. House on Friday passed a $1.7 trillion federal spending plan that would fund the government through September, sending the bill to President Joe Biden to sign into law. The package includes earmarks, including hundreds of millions of dollars in projects requested by Georgia lawmakers.