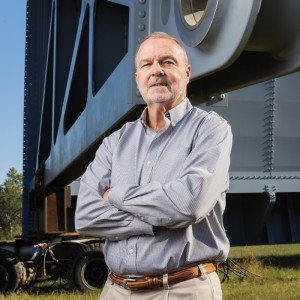 Jennifer Hafer reports that collaboration and innovation are driving big changes in Southwest Georgia. From regional marketing efforts to community-based problem solving, economic development leaders are working together to make the region a desired destination for businesses, residents and visitors alike.

Michael E. Kanell reports that most metro Atlanta drivers have been cruising downhill, enjoying a steady and smooth drop in the price of gasoline, anyone who runs a rig on diesel has been chugging along in a much steeper lane. Prices for both have fallen since the painful peaks of June, but gas prices now are below their levels of a year ago, while diesel still costs about $1 a gallon more.

Jeff Gill reports that a $565 million expansion of Northeast Georgia Medical Center Braselton in South Hall is projected to create more than 300 new jobs, according to the hospital. “Roughly 75% of those would be for physicians, nurses and other clinical roles, with the remaining 25% for support staff,” spokeswoman Michelle Zimmerman said.

Caleb Slinkard reports that contractors began work Tuesday repairing water breaks in Milledgeville that left hundreds of residents without water after freezing temperatures hit Middle Georgia over the weekend. The city opened three water distribution centers, including one on the grounds of the former Central State Hospital at 133 Shop Road, that began handing out cases of water bottles to residents around noon.

Stanley Dunlap reports that hundreds of millions of dollars are at stake for the state’s future embrace of electric vehicles going into the new legislative session in January as Georgia pursues ways to boost the economy through a growing green industry. The Georgia Public Service Commission this week approved a plan for Georgia Power to spend a total of $53 million over the next three years for the Make Ready program that helps businesses provide charging points for electric vehicle drivers.

Asia Ashley reports that a Georgia study committee is recommending that starting law enforcement salaries in the state start at the national average, which could mean a significant pay increase for many officers. The recommendation is among several by the State and Local Law Enforcement Salaries Study Committee to help recruit and retain workers in the grueling profession.

Chart Riggall reports that a long-awaited legal challenge to Cobb County’s bid to keep Commissioner Jerica Richardson in office arrived Tuesday in the form of a lawsuit from east Cobb activist Larry Savage. The suit, filed in Cobb Superior Court, alleges the county’s purported use of “home rule” powers to draw its own commission district lines is flatly illegal and should be tossed out.

Naomi Williams reports that Federal prisons nationwide can expect an update on security since the Prison Camera Reform Act became law on Tuesday. The law requires the Federal Bureau of Prisons to upgrade and fix outdated and broken security camera systems to improve the safety of staff and people in prison.

T.A. DeFeo reports that the chair of Georgia’s Public Service Commission wants state lawmakers to give more authority to the state board that oversees companies that sell rooftop solar panels. Solicitors often go door-to-door in Georgia and imply they are working on behalf of in partnership with Georgia Power.

General Assembly to renew debate over mining near Okefenokee Swamp

Dave Williams reports that a South Georgia lawmaker is preparing another effort to stop an Alabama-based company from mining titanium near the Okefenokee Swamp. State Rep. Darlene Taylor, R-Thomasville, plans to introduce legislation early in this winter’s General Assembly session banning surface mining along Trail Ridge in Charlton County, where Twin Pines Minerals is seeking permits to mine titanium oxide near the edge of the largest black water swamp in North America.

Everything you need to know about Georgia’s congressional delegation, 2023-2024

Tia Mitchell reports that U.S. Sen. Raphael Warnock will be sworn in for his first full six-year term in the Senate, and two new Republicans will join the state’s U.S. House delegation. Meanwhile, 12 incumbents from Georgia will be returning to their seats in the House.