Diane Wagner reports that clean-up efforts at the former Northwest Georgia Regional Hospital property in Rome are getting a $5.1 million boost in the sweeping $1.7 trillion omnibus spending bill that passed out of Congress just before Christmas. Sens. Raphael Warnock and Jon Ossoff, both Georgia Democrats, sought the earmark and pressed to keep it in the budget during the long negotiating process. 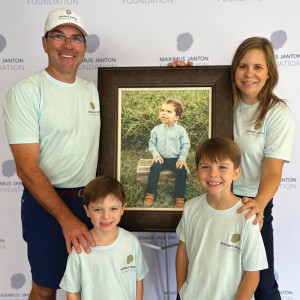 Candice Dyer reports that Maximus Janton was born with Costello Syndrome, a very rare condition that affects an estimated 200 to 300 people worldwide and causes developmental delays. That diagnosis, though, did not stop him from clapping along – loudly – to music and finding infectious delight in the world around him.

J. Scott Trubey reports that the price of gasoline in Georgia continued to drop this week despite the holiday travel rush. Automotive group AAA said the average price for a gallon of unleaded gas in Georgia was $2.70 on Sunday, a decrease of 8 cents compared to last week and 40 cents less than what motorists in the Peach State paid this time last year.

Staff reports, on behalf of Georgia’s 3,500 cotton farming families, the Georgia Cotton Commission recently donated 12,000 pairs of socks to various homeless shelters across the state. Farmers delivered socks to the Albany Rescue Mission, the Friends Ministry in Bainbridge, Lowndes Associated Ministries to People in Valdosta, the Southwest Georgia Housing Opportunities in Columbus, The Sparrow’s Nest in Athens, Cedartown United Fund, the Rescue Mission of Middle Georgia in Macon, the Atlanta Mission, the CSRA Economic Opportunity Authority in Augusta, Fair Haven in Jesup, and the Homeless Authority in Savannah.

Latrice Williams reports that Wadley Donovan Gutshaw Consulting, LLC has been appointed to handle a workforce study and comprehensive plan in an effort to combat labor supply challenges in the region. The Savannah Joint Development Authority, along with existing industries, selected the company in hopes of assisting employers in the region, as well as preparing for the more than 8,000 workers needed to operate the Hyundai plant.

Staff reports that researchers from Georgia Tech are using funding from the U.S Department of Energy to reimagine Atlanta’s electric power infrastructure. Part of the project includes educating communities about energy planning.

Ross Williams reports that a stretch of north Georgia river lives a snail that has come back from the dead. The interrupted rocksnail, a slimy little orange guy, was once thought to be extinct, but in 1997, the United States Geological Survey found a single snail.

Hank Rowland reports that U.S. Rep. Buddy Carter, R-1, says he is still working toward a plan that would be friendlier to Georgia’s ports and fishing industry. He intends to meet again with U.S. Commerce Secretary Gina M. Raimondo to talk about the amendment proposed by the National Marine Fisheries Service and its mother agency, the National Oceanic and Atmospheric Administration, to the North Atlantic Whale Strike Reduction Rule.

Ethan Johnson reports that Jordan Ridley is set to join the Georgia House of Representatives representing District 22 Jan. 9, and the Cherokee County native said he is looking forward to serving the residents of the county he lives in. “I just want to serve the people that I grew up around in the county I grew up in and represent them at the Capitol,” said Ridley, a Republican.

Jess Mador reports that Georgia could see more battles over its abortion restrictions in 2023. The state Supreme Court is expected to take up a lawsuit challenging House Bill 481, which bans abortion after around six weeks of pregnancy, when cardiac activity can be detected in the womb and before many women know they’re pregnant.

Rebecca Grapevine reports, after years of legal wrangling, the countdown to the July 1, 2023, launch date of Georgia’s Medicaid work requirements program is underway. The new plan — officially called Pathways to Coverage — will require enrollees to complete 80 hours of work, education, job training, or community service per month to get Medicaid health insurance. Many will also have to pay a monthly premium.

Maya T. Prabhu reports that a South Georgia member of the state House who heads a budget subcommittee has resigned to run for a soon-to-be vacant state Senate seat. Rep. Sam Watson, a Moultrie Republican, is the second legislator from that part of the state to step down from office this week after winning reelection about six weeks earlier.