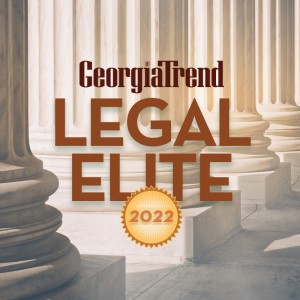 Christy Simo reports, each year, Georgia Trend seeks to feature the state’s top attorneys. We ask those who know them best – their legal peers – to submit nominations via our website (georgiatrend.com) and from their nominations we compile the list of Legal Elite. This year marks two decades that we have been recognizing lawyers from all over the state who are considered the best in their field.

Drew Kann reports that days after the Georgia Public Service Commission’s (PSC) vote to allow Georgia Power to collect $1.8 billion from its customers over the next three years, the city of Atlanta is praising some aspects of the plan – but calls regulators’ decision not to grow a popular rooftop solar program “disappointing.”

Staff reports that Georgia Labor Commissioner Mark Butler said Thursday that all Regional Commissions recorded a decrease in unemployment rates in October. “We are seeing job numbers continue to rise across the state as Georgians secure employment,” said Commissioner Butler.

Georgia could soon have another Level 1 trauma center

Jess Mador reports that Northeast Georgia Medical Center Gainesville has applied to become a Level 1 Trauma Center. If its application is accepted, it would create another much-needed specialized research hospital in Georgia.

David Crowder reports that earlier this month it was announced that a site in Bartow County has been selected for a new electric vehicle battery manufacturing facility that would create more than 3,500 jobs. Economic development officials are keeping an eye open for opportunities to attract suppliers for that plant to Rome and Floyd County.

Trees in the Terminal: Hartsfield-Jackson Continues Tradition of Holiday Displays by Consulates in Concourse F

Trevor Williams reports that Hartsfield-Jackson Atlanta International Airport is once again helping passengers headed abroad for the holidays get into the spirit of the season before ever taking off. According to its long-established tradition, the world’s busiest airport once again has installed holiday trees around Concourse F — the Maynard H. Jackson Jr. International Terminal — and enlisted Atlanta’s diplomatic corps and international organizations to adorn them with culturally significant decorations.

Will Peebles reports that after a year of hanging in the balance, held up only by the efforts of Georgia’s federal legislators, Savannah’s Combat Readiness Training Center has been spared the axe following the passage of this year’s national defense bill. The omnibus package allots $858 billion for national defense in total, and it includes provisions that would keep the training center open.

Stanley Dunlap reports that hundreds of millions of dollars are at stake for the state’s future embrace of electric vehicles going into the new legislative session in January as Georgia pursues ways to boost the economy through a growing green industry. The Georgia Public Service Commission this week approved a plan for Georgia Power to spend a total of $53 million over the next three years for the Make Ready program that helps businesses provide charging points for electric vehicle drivers.

T.A. DeFeo reports that the head of the Medical Association of Georgia wants state lawmakers to properly fund the Georgia Composite Medical Board, saying the underfunding of the agency isn’t benefiting anyone in the state. “Having an underfunded, understaffed agency benefits no one,” Jeremy Bonfini, the executive director and CEO of the Medical Association of Georgia, told The Center Square.

Dave Williams reports that Georgia’s tax credit for video game developers is paying off for the state’s economy, according to an audit released this week. The General Assembly created the video game tax credit in 2005 as part of a broader tax credit for film and TV productions.

David Wickert reports that a well-known Georgia attorney advised a witness to avoid providing information to a congressional committee investigating Donald Trump’s efforts to overturn the 2020 presidential election, according to testimony unveiled Thursday. Cassidy Hutchinson, the former White House aide who provided some of the most sensational testimony during hearings held last summer by the U.S. House’s Jan. 6 committee, told investigators that attorney Stefan Passantino also offered to find her jobs as she prepared to testify.