Stanley Dunlap reports that Georgia Power customers will be charged more for electricity over the next several years after the Public Service Commission approved a $1.8 billion plan on Tuesday that critics call a sweetheart deal that boosts company profits and doesn’t go nearly far enough to support clean energy efforts like solar power and coal ash cleanup. 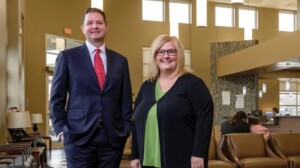 When the need is urgent

Lindsey Field Penticuff reports that someone may choose to go to an urgent care center for any number of reasons — convenient location, insurance coverage, lower medical costs, late-night and weekend hours or walk-in appointment availability. But for Jordan Hemphill of Carrollton, it came down to two important factors when her two young children got sick on Labor Day weekend: proximity and extended hours.

Kelly Yamanouchi reports that Delta Air Lines is moving further along its path of offering free Wi-Fi on flights, a years-long effort of testing and gradual technology upgrades. Atlanta-based Delta launched a test of free Wi-Fi over the summer, and has continued that “with various offerings to select customers on select routes,” according to the company.

Kathy Dean reports that the last few years have been full of trauma and change. Economically, we’re facing real challenges across the country and around the world. That’s been particularly apparent in the housing market.

Marisa Mecke reports that Georgia’s shrimpers are already facing plenty of challenges like high gas prices, inflation and international competition. But climate change is exacerbating a new problem: black gill, a parasite that is decreasing shrimp populations and is worsening with rising ocean temperatures.

Lauren McDonald reports that One Hundred Miles, represented by the Southern Environmental Law Center, has filed a challenge against the U.S. Army Corps of Engineers’ decision to pursue year-round dredging in Brunswick Harbor. One Hundred Miles, an environmental nonprofit based in Brunswick and Savannah, has led a fight against the Corps’ plans to remove seasonal dredging windows since early 2021.

John Druckenmiller reports that Atlanta-based Davidson Hospitality has been hired to manage Barnsley Resort as the Adairsville-based landmark continues to expand. Rumored for several months, Davidson shared a Facebook post Tuesday morning outlining some of what’s ahead. The company is a global leader in specialty hospitality.

Georgia’s purse holds billions and is closed tight, but should it be?

Tammy Joyner reports, for more than a quarter of a century, Georgia has maintained an enviable reputation when it comes to managing its money. That’s how long the Peach State has had a AAA-bond rating from the U.S.’s top three credit-rating agencies.

Shannon Ballew reports that Cherokee County school board is asking members of the local legislative delegation to find a solution to Mountain Education Charter High School’s funding problems and ensure the school is able to stay open. Mountain Ed runs a night school at Etowah High School in Cherokee and at 17 other campuses across the north Georgia region, for students who otherwise wouldn’t be able to attend traditional public schools to earn a high school degree.

Greg Bluestein and Tia Mitchell report that David Shafer has had a rocky tenure since taking the reins as chair of the Georgia GOP in 2019. He presided over devastating losses in the 2020 election cycle that cost Republicans control of the U.S. Senate and helped tank Donald Trump’s bid for a second term as president, then scapegoated Secretary of State Brad Raffensperger for the defeats.