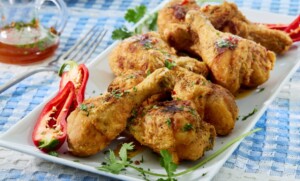 Sucheta Rawal reports that the first thing that you think about during the holidays? Food. Parties, family gathering and baking together are integral to the festive season. A new book shows us how to approach our food with kindness, respect and dignity.

Hope Dean reports, in Georgia, where the crypto industry is growing, some insiders acknowledge tighter controls are coming — but they hope regulation won’t stifle the industry. CleanSpark is a Nevada-based Bitcoin mining company with four mining facilities in Georgia.

Brittney McGee reports that Synovus Financial Corp. will have a new chairman of the board next year, the company announced Friday. President and CEO Kevin Blair will succeed Kessel Stelling, who will retire as chairman Dec. 31, the Columbus-based financial services company said in a news release.

Amy Paige Condon reports that based on Georgia Southern University’s Coastal Empire Economic Monitor newsletter, the regional economy continued to slow during the third quarter like much of the national economy as the Federal Reserve raised interest rates in an effort to avoid a recession. But it’s no time to panic, according to Michael Toma, professor of economics at GSU.

John Bailey reports that rows and rows of packed products fill the shelves of the Hillman Group’s largest distribution facility in the U.S., located in Shannon. The massive 450,000 square foot facility will consolidate the company’s operations in Northwest Georgia and serve as a distribution center for its Protective Solutions division, comprised of flagship brands like Firm Grip and AWP work gear.

Gil Pound reports that national grocery chain Publix is coming to Milledgeville with a target open date set for summer 2024. That information is courtesy of Josh Beyer, senior vice president of The Sembler Company, which is the Florida-based firm behind the retail development.

Wayne Ford reports that a newly-elected state House representative from Barrow County was released from jail on bond Friday, but the charges against him multiplied from the time he was arrested on Thursday. Daniel Edwin Rampey, 67, was initially arrested on three felony charges ranging from burglary to drug possession, but by Friday there were 19 felony counts filed against him, according to records at the Barrow County Detention Center.

Ron Sirmans reports, when Elliott Levitas became Georgia’s first Jewish congressman in 1975, he was already known for being a public servant who had stood up against racism in the formerly segregated state. And he continued his call to aiding others years afterward, helping to lead a landmark class-action lawsuit on behalf of American Indians against the U.S. government.