Staff reports that Gov. Kemp announced on Monday that Becker Robotic Equipment, a global cable and robotic machinery manufacturer specializing in individualized robotic equipment, will build a new manufacturing facility to house its North American headquarters in Canton. The new facility will deliver more than $30 million in investment and create 137 new jobs in Cherokee County. 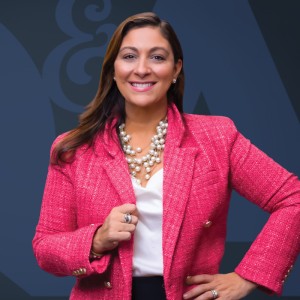 A Drive to Thrive

Kenna Simmons reports that for Verónica Maldonado-Torres, the goal in business and in life is to thrive. It’s part of a trademarked mindset and approach – “Driven to Thrive” – she made the centerpiece of her consulting company, VMT Consulting, and now of her position as president and CEO of the Georgia Hispanic Chamber of Commerce (GHCC).

Hartsfield-Jackson to bolster IT security after airport cyberattacks

Kelly Yamanouchi reports that Hartsfield-Jackson International Airport plans to spend nearly $280,000 to bolster its network security after cyberattacks on a number of U.S. airports’ websites in October. The website for Hartsfield-Jackson, the world’s busiest airport, was temporarily down on the morning of Oct. 10.

Staff reports that Georgia Ports Authority Board has approved a plan to renovate and realign the docks at the Port of Savannah’s Ocean Terminal to better accommodate its expanding container operation. GPA plans to shift breakbulk cargo carried by Wallenius Wilhelmsen Ocean to Colonel’s Island Terminal in Brunswick.

Malia Thomas reports that ‘Georgia Grown’ takes on a new meaning in the wake of Trulieve debuting its cannabis production facility in Adel this weekend. The decision to set up shop in Adel came after the Georgia Access to Medical Cannabis Commission awarded Trulieve  a Class 1 production license July 2021 after the passing of the Hope Act, allowing up to six private growers to move forward with medical cannabis preparations, along with two designated universities.

Devon Zwald reports that the Ocean Visions-U.N. Decade Collaborative Center for Ocean-Climate Solutions is a partnership between the Georgia Aquarium, Georgia Tech, and the nonprofit Ocean Visions. The center leads and supports ocean-based climate solutions that mitigate and reverse the effects of climate change.

Diane Wagner reports that an updated water management plan for northwest Georgia counties is expected to be ready for public comment in February. Adoption is scheduled for June. The document is a blueprint for ensuring the region’s water supply and water quality will be sufficient to serve future needs.

Gordon Jackson reports that after nearly three decades of negotiations, St. Marys officials and Raydient are close to an agreement to develop the virtually undeveloped Exit 1 corridor on St. Marys Road east of Interstate 95. During a public hearing Monday, St. Marys City Manager Robert Horton explained the ongoing discussions with Raydient, the real estate arm of the timber company Rayonier, to develop an 1,800-acre tract on both sides of the road.

Abraham Kenmore reports that bipartisan legislation introduced in part by Georgia Sen. Jon Ossoff to extend the time of a panel to investigate cold cases from the Civil Rights era on Monday was signed into law by President Joe Biden. The Civil Rights Cold Case Review Board is tasked with investigating murders, lynching and other racist acts of violence between 1940 and 1979, and was signed into law by former President Donald Trump in 2019.

T.A. DeFeo reports that more than a quarter of Georgia’s “active” voters have cast ballots early for Tuesday’s U.S. Senate runoff, state officials said. More than 1.8 million Georgians have voted, including more than 1.7 million who cast ballots in person. Additionally, the 352,953 Georgians who voted on Friday surpassed the previous one-day record of 252,715 voters for early voting, which the state recorded during the 2016 presidential election.

These Georgia Precincts Were Red. Then Blue. Now They Are Purple.

Jason Kao, Denise Lu, Christine  Zhang and Saurabh Datar report that he Georgia voters who delivered Mr. Kemp a comfortable victory over his Democratic challenger, Stacey Abrams, in November did not show the same enthusiasm for Mr. Walker. Neither Mr. Walker nor Mr. Warnock cleared the 50 percent threshold needed to win outright, sending voters to the polls again for a runoff on Tuesday.

Mark Niesse reports that conservative North Georgia talk show host Brian K. Pritchard, a candidate for the state House who rails against election fraud, allegedly voted illegally nine times while serving a felony sentence in a $33,000 forgery and theft case, state officials say. The Georgia attorney general’s office wrote Thursday that Pritchard broke state law each time he voted before his sentence was completed, according to a filing with the Office of State Administrative Hearings.