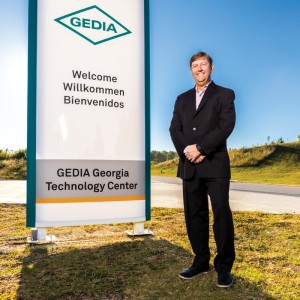 K.K. Snyder reports that with world-class medical facilities, competition-level recreation venues, a top performing state college and a growing number of industries, Whitfield County is embracing change and diversification. County Administrator Robert Sivick is a relative newcomer to Whitfield County and says diversifying the local economy is at the top of his to-do list.

Zachary Hansen reports that site work will continue at the future Rivian electric vehicle plant east of Atlanta after a local judge declined to issue a stop-work order that could have jeopardized the $5 billion factory. Five residents near the factory site sued to stop excavation work on the 2,000-acre Rivian factory site in southern Walton and Morgan counties, claiming the activity was sending mud onto their properties and even, at least in one case, into their well water.

T.A. DeFeo reports that a new report found Georgia among the freest states in the republic. The Economic Freedom of North America 2022 report from the Canadian-based Fraser Institute ranked Georgia eighth.

Ross Williams reports that early voting in the U.S. Senate runoff got off to a busy start in Georgia, with more than half a million ballots cast as of Monday night, including more than 300,000 votes cast Monday. “Just…WOW!” tweeted Gabriel Sterling, chief operating officer for the secretary of state Monday night.

Julia Roberts reports that Georgia is home to a diverse business landscape, including startups, Fortune 500 organizations and big tech companies across a wide range of verticals like telecom, fintech, healthcare IT, cybersecurity and gaming. Thanks to the continuing growth of these businesses and the influx of companies expanding to the state, job postings for open technology roles in Georgia and its capital city continue to rise.

Alan Mauldin reports, it’s that time of the year for making wish lists, but this one is less about brightly wrapped toys and more about Frisbee golf, dog parks, walking trails and an amphitheater. On Monday the Dougherty County Commission finalized a list of requests to take to local legislators ahead of the 2023 legislative session that begins in January.

Jake Busch reports that Democrat Jason Esteves is no stranger to elected office. Since 2014, he served on the Atlanta Board of Education, the state’s first Latino school board member.

Jim Burress reports that a recent federal court ruling has cleared the path for Georgia to move forward with its limited expansion of Medicaid. The idea, originally proposed by Republican Governor Brian Kemp when he took office in 2019, would require new participants to work or volunteer 80 hours each month.

Staff reports that early voting ahead of the U.S. Senate runoff election between Democratic Sen. Raphael Warnock and Republican Herschel Walker began in several Georgia counties over the weekend with a patchwork of start dates and times​​​​​. Gabriel Sterling from the Georgia Secretary of State’s office said that weekend turnout totaled nearly 200,000.