T.A. DeFeo reports that Texas-based millwork manufacturer plans to spend millions on a new facility outside Athens, and Georgia taxpayers will cover the cost of workforce training. San Antonio-based Steves & Sons plans to invest more than $100 million over the next three years on a new 310,000-square-foot facility in Jackson County. 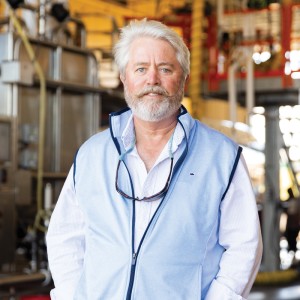 Jennifer Hafer reports that Cordele is known as the Watermelon Capital of the World, but it is broadening its bragging rights. Growth in the residential sector, expanding commercial and industrial activity and a rise in tourism attractions are all contributing to the South Georgia town’s rising reputation as a great place to live, work and visit.

Unions team up in attempt to organize thousands of Delta workers

Kelly Yamanouchi reports that three major labor unions are taking the unusual step of joining forces, in an effort to organize tens of thousands of employees at mostly non-union Delta Air Lines. While other airlines are heavily unionized, at Atlanta-based Delta the only major unionized group is the pilots.

Rebecca Grapevine reports, from fish sticks and canned fruit to feed prisoners to a 22-foot pontoon boat for the state Department of Natural Resources, Georgia buys a lot of goods and services to keep the state running.  State and local government contracts with businesses to provide goods and services amount to about $4.5 billion each year.

Staff reports that the nation marked National Apprenticeship Week last week, the U.S. Department of Labor announced an initiative to expand its pre-apprenticeship opportunities for Job Corps students and connect them to registered apprenticeship programs. There are three Job Corps campuses in Georgia: Atlanta, Brunswick and Turner Job Corps in Albany.

How Access to Affordable Housing Can Improve Health Outcomes for Georgians

Jason Bearden reports, the housing crisis in Georgia is significantly impacting low-income individuals and families who live in both urban and rural areas across our state. When Georgians struggle to find an affordable place to live, the likelihood of negative health outcomes increases.

Ross Williams reports that Georgia welcomed just over 126,000 newborn infants in 2019, 1,915, or 1.5% of whom were born with the help of assisted reproductive technology, according to Centers for Disease Control and Prevention data. Assisted reproductive technology includes fertility treatment where eggs or embryos are handled to establish a pregnancy, and IVF is the most common type.

Hank Rowland reports, his prediction of an avalanche turned out to be only a bucketful, but U.S. Rep. Buddy Carter, R-1, is grateful just the same. With the majority of the Nov. 8 votes counted nationwide, Republicans will be the new masters of the U.S. House of Representatives in 2023.

Stanley Dunlap reports that Georgia’s Court of Appeals has rejected Republican Secretary of State Brad Raffensperger’s attempt to keep Georgians from voting in the U.S. Senate runoff on the Saturday after Thanksgiving. On Monday evening the appeals court blocked the state’s emergency motion to nullify a Fulton County judge’s order giving Georgia counties the option to open early voting sites on Saturday, Nov. 26, which falls two days after Thanksgiving and one day after a state holiday previously named in honor of Confederate General Robert E. Lee.

The Jolt: Early voting hodgepodge begins for some in U.S. Senate runoff

Tia Mitchell, Patricia Murphy and Greg Bluestein report that early voting ahead of the Dec. 6 U.S. Senate runoff will begin today for some, this weekend for others and statewide on Monday. From one county to the next, the early voting options are varied because of flexibility built into state law and the fight over interpretations of those laws.