Staff reports that Gov. Kemp and the Technical College System of Georgia (TCSG) on Tuesday announced $1 million in awards for the inaugural Registered Apprenticeships program as part of the High Demand Career Initiative (HDCI). These investments will create 120 new apprenticeships throughout the state across multiple industries in need of workers following generational investment and job creation in the Peach State, including healthcare, manufacturing, and construction. 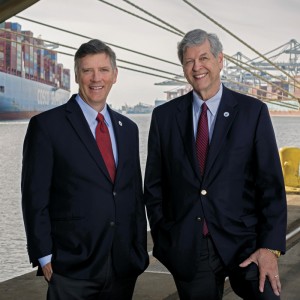 Brian A. Lee reports that it’s been more than five years since Savannah first welcomed the biggest container ship to dock at an East Coast port. It carried about 14,000 twenty-foot-equivalent container units (TEUs) of cargo.

Michael E. Kanell reports that Home Depot on Tuesday reported strong sales and earnings for the quarter just ended, a sign that inflation hasn’t crimped consumer spending yet, while the housing slump has hardly hurt homeowners or damaged the company’s business. The Vinings-based company is a barometer for the broader economy, and outdid most analyst expectations.

Hank Rowland reports that Georgia’s deepwater ports continue to show significant gains, including the Port of Brunswick. In October alone, 70,233 units of roll-on/roll-off cargo crossed the dock at the terminal on Colonel’s Island. That’s an increase of 22,045 units, nearly 46%, over October 2021 totals.

Marisa Mecke reports that the Southern Environmental Law Center is suing the U.S. Army Corps of Engineers over its summer decision to remove Clean Water Act protections from almost 600 acres of wetlands next to the Okefenokee National Wildlife Refuge. Those acres are the proposed site for Alabama-based Twin Pines Minerals’ titanium dioxide mine that environmental groups and experts argue will devastate the black water swamp. 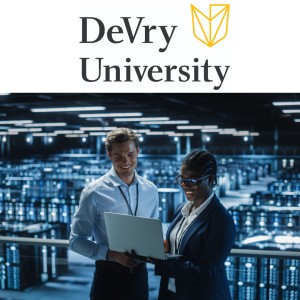 Julia Roberts reports, Georgia is home to a diverse business landscape, including startups, Fortune 500 organizations and big tech companies across a wide range of verticals like telecom, fintech, healthcare IT, cybersecurity and gaming. Thanks to the continuing growth of these businesses and the influx of companies expanding to the state, job postings for open technology roles in Georgia and its capital city continue to rise.

Jill Nolin and Ross Williams report that abortion is legal again in Georgia – for now – after fetal cardiac activity is detected, which is usually after about six weeks and before many women know they are pregnant. The six-week ban had been in effect since July but was thrown out Tuesday along with a requirement that physicians report to the state Department of Public Health when an abortion qualified under the state’s narrow exceptions, such as in the case of rape if a police report has been filed.

Stephen Fowler reports that a coalition of Democratic groups announced they are suing the state of Georgia over its interpretation of a state law that disallows an optional Saturday of early voting before the Dec. 6 U.S. Senate runoff. In a press release, the Democratic Senatorial Campaign Committee, the Warnock for Georgia campaign and the Democratic Party of Georgia are challenging a bulletin sent by the secretary of state’s office that says counties may not offer early voting on Saturday, Nov. 26, because of a 2016 state law that prevents certain Saturday voting if a state holiday is immediately before or after that date.

Rebecca Grapevine reports that an Immigration and Customs Enforcement (ICE) detention center in Georgia allowed an off-site doctor to perform unwanted gynecological procedures on detained women in a failure of human rights, the bipartisan U.S. Senate Permanent Subcommittee on Investigations has found.

Greg Bluestein reports that Donald Trump’s third campaign for the White House shifts attention from Republican Senate hopeful Herschel Walker’s runoff bid in Georgia at a time when Republicans aim to make the race a referendum on President Joe Biden. The former president’s decision to wage a comeback came despite appeals from Republicans in Georgia and beyond urging him to wait until after the Dec. 6 runoff against Sen. Raphael Warnock to avoid energizing Democrats who set turnout records in 2020 to oust Trump.