Staff reports that Gov. Kemp yesterday announced that Beretta Holding S.A., through its subsidiary Norma Precision Inc., will expand its footprint in Georgia and build a new manufacturing, assembly, and distribution facility in Bryan County. The $60 million project will create 600 new jobs for which the company is currently hiring. 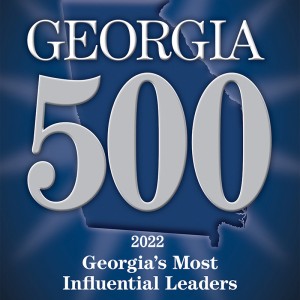 Staff reports, the inaugural GEORGIA 500, our comprehensive publication of leaders around the state driving our successful economy to new heights year after year is now available. Read about Georgia’s 2022 Most Influential Leaders.

Zachary Hansen reports that electric vehicle maker Rivian said Wednesday it plans to delay by a year production of a new crossover at its future $5 billion Georgia factory, a setback for the EV startup that also recently saw hundreds of millions of dollars in property tax breaks threatened by a local judge’s ruling.

Stanley Dunlap reports that another round of hearings in Georgia Power’s rate case concluded Thursday with the final day dominated by a debate over whether the utility should expand its popular rooftop solar program. Georgia Power is pushing for a 12% increase in electricity rates over the next three years, along with other requests over the next year that could saddle ratepayers reimbursing for higher fuel costs and the snakebitten nuclear expansion at Plant Vogtle.

Gordon Jackson reports that the Golden Isles Development Authority has added 1,400 acres to its inventory with plans to market the property as an industrial site. McKenzie Padgett, director of business development, said the site sold to the authority by Weyhauser Lumber Co. for more than $6.6 million has been a target of the authority for the past six months.

Georgia awards $39.4M in grants to courts to clear up COVID-related case backlogs

Peter Biello reports, among the winners in last night’s elections was Republican Rich McCormick in metro Atlanta’s 6th District, a district redrawn since the last census to become more favorable to the GOP. The former Marine pilot and ER doctor easily beat his Democratic opponent.

Greene vows to investigate FBI, DOJ as she coasts to another term in Congress

John Bailey reports that U.S. Rep. Marjorie Taylor Greene pledged that investigations into the FBI and Department of Justice would begin if she is placed on the House Committee on Oversight and Reform. That pledge, made during the Floyd GOP watch party on election night, came after the Rome Republican won her second term as the 14th District representative in Congress.

The Jolt: How Trump, Biden could influence U.S. Senate runoff in Georgia

Tia Mitchell, Patricia Murphy and Greg Bluestein report that former President Donald Trump is barreling ahead with plans Tuesday to announce he’s launching a comeback bid for the White House despite concerns from senior Republicans that it will distract attention from U.S. Senate hopeful Herschel Walker’s runoff campaign in Georgia.