Stanley Dunlap reports that a major hurdle could soon be cleared for Twin Pines Minerals’ controversial plan to mine near Okefenokee National Wildlife Refuge three years after it was announced. Members of a coalition of park supporters say they are rallying the public against plans that they claim would threaten hundreds of thousands of acres of wetlands. 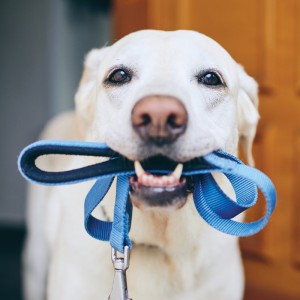 Candice Dyer reports that in the early years of the HIV/AIDS crisis, many people with the virus found themselves ostracized, with dwindling resources. Forced to make hard decisions, some went without food to give their suppers to their dog or cat.

Zachary Hansen reports that a Belgian company is expanding its operations in Augusta by building a new electric vehicle battery component factory. Solvay Specialty Polymers announced Thursday it will build a plant next to its existing Augusta factory to manufacture EV-grade binders and separator coatings, Sen Raphael Warnock announced in a press release.

Joe Hotchkiss reports that Solvay, which has operated a specialty polymers plant off Tobacco Road since 2000, announced Thursday that its agreement with Mexico-based chemical manufacturing company Orbia would provide the continent’s largest capacity of polyvinylidene fluoride, or PVDF, which is used as a binder and separator coating for lithium-ion batteries used in EVs.

Trevor Williams reports that Atlanta-based Bluefin Technologies, which helps secure payments and customer data across online and in-person transactions, is acquiring a European payments provider to expand its global reach. Bluefin is buying TECS Payment Systems, based in Vienna, betting that their complementary capabilities will help each scale more quickly and better serve their existing customer bases.

Taylor Cooper reports, on Monday the National Park Service released a new visitor management plan intended to let the public get the most enjoyment it can from Cumberland Island National Seashore while preserving its wilderness, historic buildings and cultural assets. The NPS invites the public to review and comment on the plan through Nov. 30 at parkplanning.nps.gov/CUIS_VUM_Plan. A public virtual meeting is scheduled for 6 P.M. Nov. 17, and for more information visit tinyurl.com/CUIS-VUM-Public-Meeting-2.

Georgia State University’s College of Education & Human Development selected Sheltering Arms Educare Center, the Georgia Center of the Deaf and Hard of Hearing and Martin Luther King Jr. Middle School as the 2022 recipients of its CEHD Partnership Award. This annual award honors the valuable partnerships that exist between the college and members of the community.

Asia Ashley reports that clocks fall back an hour 2 a.m. Sunday but many states are hopeful that it will be the last time having to change clocks twice a year for daylight saving time. Alabama and Georgia are among the nearly 20 states that have passed supporting legislation to do away with DST and make it a permanent year-round standard time.

Steve Wilson reports that a new Emerson College poll released Thursday shows a statistical tie in the Georgia U.S. Senate contest and Gov. Brian Kemp with a comfortable lead in the gubernatorial race. According to the poll, U.S. Sen. Rafael Warnock leads Republican challenger Herschel Walker by a 49% to 47% margin with Election Day less than a week away.

A need for speed? Georgia election results will come quicker this year

Mark Niesse reports that this year’s election night in Georgia comes with a new feature: faster results. The first vote counts are expected to appear online a few minutes after polls close at 7 p.m. Tuesday, an effort to sate the public’s desire for instant information and quell conspiracy theories.