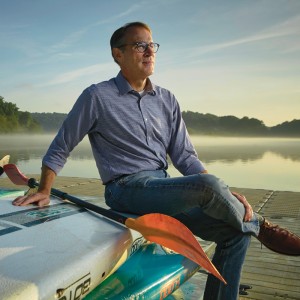 Kenna Simmons reports, it’s hard to go anywhere in Atlanta without being reminded of its history as a railroad town. From bumping across tracks to skirting the downtown Gulch to traversing the BeltLine (created from repurposed rail lines), the city’s early claim as the transportation hub of the Southeast is hard to ignore. You can be forgiven if you don’t realize that a river also runs through it.

Wheels Up hiring 350 in Atlanta for new operations center

Kelly Yamanouchi reports that Wheels Up, a private jet company that’s a partner of Delta Air Lines, is hiring 350 people in the Atlanta area to open a new operations center. The New York-based company is relocating its member operations center from Columbus, Ohio, to a 34,000-square-foot facility in Atlanta.

Staff reports that next summer, production company BlueStar Studios is planning to begin construction a 53-acre production campus at the former Fort Gillem Army base. The 600,000 square-foot building will offer production and office space with 18 stages ranging from 5,000 to 40,000 square feet.

Louise Radnofsky and Andrew Beaton report that the Augusta National is one of several powerhouse bodies under scrutiny in the Justice Department antitrust investigation. Others are the United States Golf Association and PGA of America which is battling Saudi-backed LIV Golf circuit.

Marisa Mecke reports that storms are becoming stronger than they once were, and scientists note they are slowing down, causing storms to dump more water on concentrated areas and worsening floods. Coupled with other climate change related threats like sea-level rise in coastal communities and development, which can pave over soils that help absorb flood water, insurance agencies are forecasting more flooding, and more risk for their customers and businesses.

Gordon Jackson reports that Camden County commissioners will consider potential uses for the former Bayer CropScience property adjacent to the Union Carbide tract planned as the launch site for Spaceport Camden. During a Camden County Office of Planning and Development meeting Wednesday, board members heard six proposals for the property, two of which were recommended for consideration by commissioners at their meeting Tuesday.

Patrick Saunders reports, at a U.S. Senate debate earlier this month in Midtown Atlanta, Libertarian candidate Chase Oliver was asked, as Georgia’s first openly gay Senate candidate, what LGBTQ protections Congress needs to adopt. Oliver noted his support for federal LGBTQ anti-discrimination protections, but then pivoted to mention how the Republican candidate for the seat has been “demonizing LGBTQ people.”

Mary Landers reports that Burmese pythons have settled into the Florida Everglades and are wiping out native animals. Georgia isn’t taking any chances with repeating that mistake here.

Vanessa McCray reports that Atlanta Public Schools officials want to ensure teachers have the explicit right to defend themselves if they’re accused of improperly teaching about race and other divisive concepts. The board of education is in the process of adopting a policy that details how APS will respond if a parent alleges that a teacher has violated a new state law that prohibits classroom assertions that the nation is fundamentally racist, that one race is superior and other generalities.