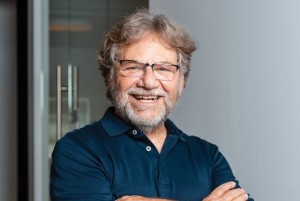 Karen Kirkpatrick reports on the man who founded one of the earliest food banks in the nation, who calls himself a convener. Now retired from the ACFB, Bolling is spending his social capital to make Atlanta a better place to live for everyone.

Wayne Ford reports that the Food Bank of Northeast Georgia recently welcomed a state official to their headquarters, who arrived with a millionaire’s calling card. Georgia Department of Community Affairs Commissioner Christopher Nunn presented the Food Bank with a large symbolic check representing the $8.9 million the state is granting the organization for a new facility.

Malia Thomas reports that the city is going to cut checks totaling $2 million to local small businesses. The funds are part of the Valdosta portion of the American Rescue Plan Act allocation for a Small Business Grant Program as a counterpart to the nonprofit grant program set back in April.

Terry Dickson reports that a $1.5 million navigation project is underway in St. Simons Sound. A U.S. Coast Guard contractor is replacing the range towers that stood in shallow water off the southwestern tip of St. Simons Island near the mouth of Kings Creek.

Jordan Powers reports that vaccines are a proven benefit in the world of animal science. People have vaccinated both pets and livestock for decades. Soon beekeepers may be able to protect their colonies through vaccination.

Stanley Dunlap reports that the Georgia Supreme Court just handed a mixed bag to supporters of keeping monuments commemorating the Confederacy on their historic courthouse lawn perches at public expense. On Tuesday, the justices upheld a state Court of Appeals’ dismissal of lawsuits filed by Sons of Confederate Veterans against Newton and Henry county commissioners over their removal of Confederate monuments because the organizations lacked standing to sue the counties since they have not shown that its members live in those communities.

Miguel Legoas reports that Augusta’s newest pedestrian attraction still recognizes the president of the Confederacy, but that could change in the near future. On Tuesday, Augusta’s Engineering Services Committee voted unanimously to rename the 5th Street Bridge “Freedom Bridge,” removing the historic “Jefferson Davis Memorial” moniker and the signage that still stands.

Rebecca Grapevine reports that mental health advocates urged Georgians Tuesday to “vote for mental health” at a press conference at the state Capitol. “Mental health is not a Democratic issue or a Republican issue. It is a Georgia issue,” said Kim Jones, executive director of the National Alliance on Mental Illness-Georgia.

Mark Niesse reports that before his conversion, Robert Sinners worked as a campaign operative for Donald Trump, served as a notary public on a lawsuit to decertify Georgia’s presidential election and told fake electors to conceal their schemes. Today, Sinners says he has changed. He rejects election conspiracies after seeing firsthand that they weren’t true.