Georgia Council for the Arts Awards 75 Organizations More than $1.3 Million in Grant Funding

Staff reports that the Georgia Council for the Arts, a strategic arm of the Georgia Department of Economic Development, today announced the recipients of fiscal year 2023 Vibrant Communities and Cultural Facilities grant awards. The Vibrant Communities grant supports a variety of arts programming opportunities throughout the state, and the Cultural Facilities grant supports the restoration or renovation of a building to be used for arts programming. 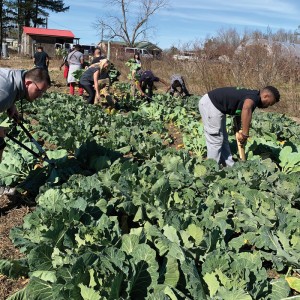 Candice Dyer reports that Pam Otts’s soldier son brought home a buddy who had lost a leg in Afghanistan. Otts couldn’t help noticing that farm life, on her pastoral spread in Dublin, had a healing effect on the young man.

Zachary Hansen reports that the Metro Atlanta Chamber, since before the Civil War a convener of civic and business muscle that also helps recruit jobs to the region, tweaks its strategy every few years, often to focus on emerging industries or to address issues like crumbling infrastructure or labor gaps.

Alan Mauldin reports that the tractors, big and small, have departed Moultrie with the conclusion of the Sunbelt Ag Expo, but the three-day farm show brought a huge crowd to southwest Georgia, both from close to home and other states and countries. The Expo highlighted some of the latest farm technology.

Malia Thomas reports that Lowndes County’s regional food bank has been served– with an $18,000,000 check. The Georgia Department of Community Affairs presented grant money to the county and Second Harvest of South Georgia this week through the federal CARES Act for the Community Development Block Grant Coronavirus program.

Larry Hobbs reports that a $200,000 federal grant recently received by the Brunswick Judicial Circuit District Attorney’s Office will be used to fight street gang activity, which accounts for much of the crime in the area, law enforcement officials say. The grant comes from the 2021 State Homeland Security Program, and is presented through the state’s Emergency Management Agency, Brunswick DA Keith Higgins said.

Asia Ashley reports that Georgia’s candidates for attorney general are continuing their attacks in the final weeks leading up to the Nov. 8 general election. Democrat candidate Jen Jordan has held to her criticism of incumbent Attorney General Chris Carr’s support for the state’s new six-week abortion ban, while Carr has attacked Jordan’s affiliation with an organization that supports defunding the police.

Jill Nolin and Ross Williams report that turnout in the first three days of early voting approached presidential election level, with Black voters – who have become the recent focus in the race for governor – especially turning out in force. Republican Gov. Brian Kemp has met with Black voters at a series of recent events, including a town hall with Black businessmen in affluent Buckhead.

Rebecca Grapevine reports that Lin-Manuel Miranda, the Pulitzer Prize-winning author of the hit musical “Hamilton,” called on Latino Georgians this week to support U.S. Sen. Raphael Warnock, D-Ga., in a race that could determine the balance of power in Washington.  Though Miranda is deeply rooted in the Washington Heights neighborhood in New York City, he has close ties to Atlanta.

David Wickert reports that voters are considering two proposed amendments to the Georgia Constitution and two other statewide ballot measures in the midterm elections. Here’s a look at what each measure would do.