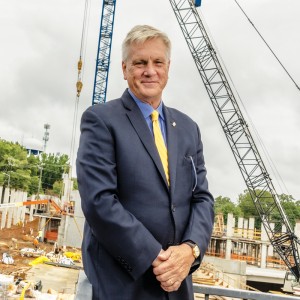 Jennifer Hafer reports, in many ways, it’s a new day in North Fulton County. New mayors took office in Roswell, Milton and Johns Creek in January. And for Alpharetta and Mountain Park, changes are coming that look to the future yet keep some of the best aspects of small-town living.

Fertilizer or pollutant? Soil amendments cause stir in rural Georgia

Drew Kann and Emily Garcia report that roughly 50 miles southwest of Augusta, a tractor hitched to a large tank sat idle in a field off Edgehill-Mitchell Road in rural Glascock County. A half-dozen vultures pecked at the ground, attracted by the material it left in its wake.

Shellman manufacturer to receive Grow Your Own Workforce grant

Staff reports that the Center for Rural Prosperity and Innovation, located at Abraham Baldwin Agricultural College (in Tifton) announced a grant in the amount of $150,000 to the Randolph County Development Authority. The grant is a joint effort between the Center and the Randolph County Development Authority that will provide new equipment and support in-house work force training for new and existing employees to increase production at Peerless Manufacturing in Shellman.

John Bailey reports that the Appalachian Regional Commission announced a $50,000 planning grant for the Rome-Floyd County Development Authority as part of its Partnerships for Opportunity and Workforce and Economic Revitalization Initiative. Overall the ARC awarded nearly $47 million to 52 projects in 181 counties.

Georgia pulp mill accused of polluting Altamaha River. How is the state responding?

Gautama Mehta reports that the small southeast Georgia town of Jesup is home to the world’s largest producer of a highly refined wood pulp used in cigarette filters and LCD screens. The Rayonier Advanced Materials pulp mill is Wayne County’s largest industrial employer and has been a mainstay of the community there for nearly seven decades.

John Ruch reports that the state is investigating reports of dirt blowing and flowing off the site of the Rivian electric vehicle plant in Morgan and Walton counties, a situation critics say confirms their fears about environmental issues associated with the controversial and troubled project.

Ross Williams reports that the two candidates hoping to head Georgia’s public schools traded barbs on the debate stage Monday, each accusing the other of not doing enough to help the state’s 1.8 million public school students. The two verbally sparred at Georgia Public Broadcasting studios as part of the Atlanta Press Club’s Loudermilk-Young Debate Series.

Stephen Fowler reports, in a rematch four years in the making, Republican Gov. Brian Kemp and Democrat Stacey Abrams shared a stage Tuesday night and presented starkly different views of Georgia’s future if they were to be elected. Education and crime dominated discussions during the hourlong Atlanta Press Club debate, which also featured Libertarian Shane Hazel, but candidates traded jabs over issues like voting rights and gun control.

T.A. DeFeo reports that when Georgia voters head to the polls starting Monday, they’ll be casting ballots for more than a few hotly contested races. They’ll also have the opportunity to weigh in on four ballot questions, including a pair of constitutional amendments.

Greg Bluestein reports that Gov. Brian Kemp unveiled a slate of public safety policies on Monday that includes pledges to crack down on gangs, create a loan program to boost the ranks of law enforcement officers and steer judges toward issuing cash bail in certain instances. His agenda sharply contrast with his Democratic opponent Stacey Abrams.