Staff reports that Georgia’s high-school graduation rate increased in 2022, rising to 84.1% – an all-time high since the state began using the adjusted cohort calculation now required by federal law, and up from 83.7% in 2021. Georgia’s graduation rate has increased by 14.4 percentage points since 2012. 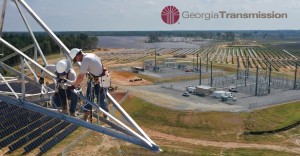 Zachary Hansen reports, about a mile west of Georgia Tech’s campus, a pair of buildings that combined are nearly the size of Buckhead’s Lenox Square mall bear the letters “QTS.” While many Georgians might not know Kansas-based Quality Technology Services, the company is among the leaders in an industry nearly everyone uses every day — all you have to do is open a mobile app or an internet browser.

Zoe Nicholson reports if the Savannah region’s economy was an engine, it was firing on all cylinders for part of 2020 and most of 2021 in the post-pandemic boom. “And now maybe we have four out of the six that are firing strongly, but they’re rotating among among each other,” explained Michael Toma, an economist and professor at Georgia Southern University’s Armstrong campus.

John Ruch reports that the Georgia Trust for Historic Preservation is seeking nominations for its 2023 Preservation Awards, which honor projects and people in the state who have made “significant contributions to the field of historic preservation.” The awards have various categories recognizing rehabilitation, sustainable rehabilitation, restoration, preservation, stewardship and “preservation service.”

Stanley Dunlap reports, on Thursday, Camden County argued in front of the Georgia Supreme Court that a local probate judge shouldn’t have ordered a referendum election allowing residents to nix plans for a coastal spaceport. For most of the hour-long hearing, justices questioned attorneys for the probate court judge, county, and the citizens behind the initial lawsuit opposing the $11 million project to launch rockets off Georgia’s coast.

Riley Bunch reports that a court will hear oral arguments in the new state constitutional challenge of Georgia’s strict abortion law later this month. On Wednesday, a Fulton County judge shot down a request by the state to delay the case until after the consequential Nov. 8 midterms.

Adam Van Brimmer reports that the 2020 election saw Democratic candidates gain seats up and down the ballot, from U.S. president to county level offices. The lone exception was the Georgia General Assembly. Local Republicans held their posts in the Georgia House and Georgia Senate, and only one race was competitive: Georgia House District 164.

Greg Bluestein reports that Republican U.S. Senate hopeful Herschel Walker rejected claims that he paid for a 2009 abortion for a woman who said she later bore his child, saying at a campaign stop that it was part of a plot by allies of Democratic U.S. Sen. Raphael Warnock to damage his campaign. “I know why you’re here,” he read from a prepared statement to a few dozen reporters at an east Georgia lumber yard.