Rebecca Grapevine reports that industrial facilities released more than 5 million pounds of toxic chemicals into Georgia’s waterways in 2020, putting Georgia in 13th place nationwide, according to a new report released by Environment Georgia. Georgia is also one of the top 10 states with the highest pollution loads for chemicals linked to cancer as well as developmental and reproductive health risks, according to the report. 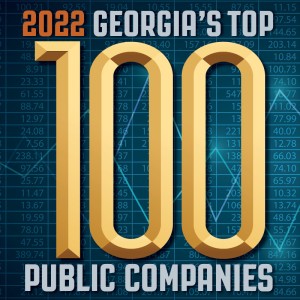 Staff reports that last year Georgians continued to deal with the challenges of a pandemic, though many businesses in the state have displayed remarkable resilience and continue to thrive. Georgia remains No.1 on lists of the nation’s best places to do business, thanks in large part to our wealth of universities and technical colleges that provide talent to fill workforce needs.

Zachary Hansen reports that a Forsyth County company that provides healthcare for people inside correctional facilities nationwide was the target of a recent data breach, leaving tens of thousands of incarcerated people at risk of having their identities stolen. CorrectHealth reported the breach and notified the 54,000 affected inmates in late August, but the incident until now has largely avoided publicity.

T.A. DeFeo reports that Georgia’s congressional delegation said the Air Force should select Marietta’s Dobbins Air Reserve Base for a new version of the C-130 to replace an older model of the venerable aircraft. The lawmakers want the Air Force Reserve Command to recapitalize eight C-130H aircraft with the newer C-130J at Dobbins ARB.

Diane Wagner reports, right of way buys for the planned Rome Cartersville Development Corridor are slated to ramp up this fall, following a final round of public hearings on the route. “We’re anticipating 48 months (for construction) once we let the contract,” said Helen Hawkins, the Georgia Department of Transportation project manager, during one of the required environmental impact hearings in September.

Joy Dukes reports, with Atlanta Medical Center expected to shut its doors in less than 30 days, the reverb of its imminent closing continued Tuesday as DeKalb County leaders discussed plans to invest $20 million into two area hospitals. DeKalb CEO Michael Thurmond said while AMC has already begun diverting ambulance services to other trauma centers, the county is bracing for the impact on hospitals like Grady and Emory Hillandale.

Mary Landers reports, when a group of Camden citizens decided they were fed up with the county’s plan to develop a spaceport, they turned to the Georgia Constitution for a plan of action. There they found what they believe is a blueprint for recalling a county government action: Write a petition, get 10% of the county voters to sign it.

Hunter Riggall reports that the city of Kennesaw is considering a commercial developer’s proposal to build a 400,000-square-foot distribution center in the city. Atlanta-based Oakmont Industrial Group is asking the city to rezone 27 acres of property at the corner of Cobb Parkway and Kennesaw Due West Road in order to build the warehouse, which would accommodate tractor-trailer operations, according to planning documents.

Jeff Gill reports, in a move that could displace Gainesville’s Driver Services location, poultry company Mar-Jac is planning an $171 million expansion of its Gainesville-based operations over the next 3-5 years. The project would include a new 150,000-square-foot building next to Mar-Jac’s operations at 1020 Aviation Blvd.

Curt Yeomans reports that the Gwinnett County Board of Registrations and Elections voted 3-2 along party lines on Monday night to dismiss about 11,343 challenges to voter registrations, including hundreds of challenges that the county’s elections supervisor said were still being reviewed by his staff. The challenges were part of a massive group of 37,500 voter challenges that were filed in late August.

Will Peebles reports that Wade Herring has taken to calling himself “the chillest man in America.” The first-time political candidate and 1st Congressional District challenger to incumbent Rep. Buddy Carter has been commanding attention within Democratic circles since he first announced his run in 2021, largely in part to his hearty list of individual campaign contributions.

Tia Mitchell, Patricia Murphy and Greg Bluestein report that Charlie Bailey, the Democratic nominee for lieutenant governor, has been campaigning around the state calling his opponent, state Sen. Burt Jones, a “felon” for his role in former President Donald Trump’s bid to overturn the results of the 2020 presidential election. But Jones says Bailey’s 2011 arrest on charges of driving under the influence makes the Democrat unfit for office, our Atlanta Journal-Constitution colleague Maya T. Prabhu reports.