Atlanta-based rail carrier continues to negotiate to avert a strike

Staff reports that Atlanta-based Norfolk Southern and other rail carriers continue to negotiate with a dozen unions to avert a strike before a Friday morning deadline — a strike that could cause more supply chain disruptions. “We want a prompt resolution that allows us to continue serving customers and prevents disruption of an already fragile U.S. supply chain,” said Norfolk Southern Executive Vice President Ed Elkins. 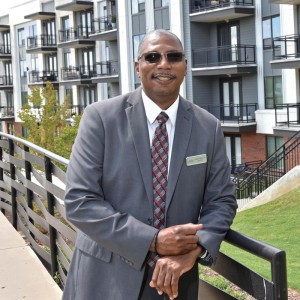 Jennifer Hafer reports that Nick Masino recalls a time when the chair of the Gwinnett County Board of Commissioners was given the moniker “The Sultan of Sprawl” for promoting rapid growth that spawned subdivisions, strip malls and congestion. Fast forward 30 years, and the imagery has changed.

Drew Kann and Zachary Hansen report that Hyundai Motor Group’s plans to break ground on a new electric vehicle factory near the Georgia coast have been complicated by a sprawling climate law signed last month by President Joe Biden, which was intended, in part, to spur more domestic production of EVs. Before the law was signed, EVs built by Hyundai Motor brands Hyundai, Kia and Genesis qualified for tax credits of as much as $7,500, and Biden in May hailed executives of the South Korean conglomerate for choosing a site in Bryan County for a future $5.5 billion EV factory.

Georgia Board of Regents votes to close 215 degrees, majors they say are no longer active

Dave Williams reports that members of the Georgia House and Senate Judiciary committees confirmed former state Sen. Bill Hamrick Wednesday as sole judge of the Statewide Business Court. In unanimous separate votes, the lawmakers approved Gov. Brian Kemp’s nomination of the Carrollton Republican to succeed Walter Davis, who has headed the court since it began operations in 2019.

Trevor Williams reports that France’s new consul general has touched down in Atlanta just in time to kick off the consulate’s signature annual event series with Georgia Tech. Anne-Laure Desjonquères becomes the latest diplomat to preside over France-Atlanta, which for the last 13 years has celebrated collaborations between the locales in the areas of science, business, culture and humanitarian affairs.

Olivia Wakim reports that writing can be healing and transformative, something that author and journalist Neely Young can attest to. As a man who had spent the better part of his career writing for magazines and newspapers around the country, writing was always a large part of his life.

The Georgia Coastal Management Program of the Georgia Department of Natural Resources’s Coastal Resources Division announced the availability of project grant funds. The GCMP has administered the Coastal Incentive Grant program since 1998 to provide federal financial assistance to eligible applicants that help support the program’s mission, which is to balance the economic development in Georgia’s coastal area with the preservation of natural, environmental, historical, archaeological and recreational resources for the benefit of Georgia’s present and future generations.

Amanda Andrews reports that a nationwide analysis from the Fuels Institute analyzed how many electric car charging stations states are likely to need by 2030 to support the growing electric vehicle market. Georgia ranks 12th in the top 15 states for number of EV registrations.

Katherine Landergan report that Gov. Brian Kemp is expected Thursday to announce his plan to provide a cash infusion to Grady Health System to shore up what will soon become the only acute trauma hospital in metro Atlanta. Multiple sources told The Atlanta Journal-Constitution earlier this week that the funding commitment could be nearly $200 million, and is a mix of federal funding and philanthropic donations.