Dave Williams reports that Emory University ranks as the 22nd best university in the nation, while the University of Georgia and Georgia Tech are among the top 20 public universities, U.S. News & World Report announced Monday. Many of the schools ranked ahead of Emory on the magazine’s annual list are Ivy League colleges and other universities with long-standing reputations for academic excellence, including Duke University, the University of Chicago and Vanderbilt University. 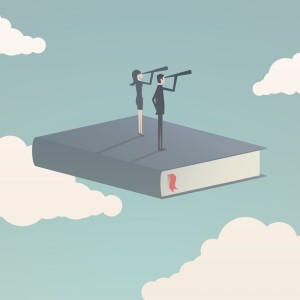 Christy Simo reports that Fall means back to school for more than 500,000 students enrolled at the 26 public institutions in the University System of Georgia, the 22 colleges of the Technical College System of Georgia and the state’s private colleges.

Kelly Yamanouchi reports that Delta Air Lines plans in December to expand its service from Atlanta to South Africa with stops in both Johannesburg and Cape Town. The route will operate four days a week starting Dec. 2, flying from Hartsfield-Jackson International Airport to Johannesburg, then to Cape Town before returning to Atlanta.

Emily Jones reports, on a sweltering Friday this summer, a who’s who of Georgia political and business figures gathered under a large tent on a dusty expanse of vacant land outside of Savannah, sipping champagne. They were waiting for the governor to confirm the week’s exciting rumor: Hyundai was going to build electric vehicles here.

Madison Hogan reports that Chris Clark, president and CEO of the Georgia Chamber of Commerce, addressed a crowd of Cobb business leaders Monday, sharing insights about the tight labor market, demographic shifts in the workforce and the infrastructure needed to accommodate future growth. Clark urged the crowd at the monthly Cobb Chamber breakfast to “win the war on talent,” create a more inclusive economy and improve infrastructure.

After JSTARS, what will sustain Robins Air Force Base in the future?

Liz Fabian reports, with nearly 24,000 workers, Robins Air Force Base is a big part of the engine that drives the Middle Georgia economy. But, the Department of Defense is phasing out JSTARS, the Joint Surveillance and Target Attack Radar System, which means changes in mission are coming and local leaders recognize the workforce must adapt.

T.A. DeFeo reports that Georgia ranked 14th in the nation for its educational freedom, according to a new index from the Heritage Foundation. The Peach State ranked in the middle of its neighboring states. Georgia performed better than Alabama (No. 16), North Carolina (15) and South Carolina (23) but trailed Florida (1) and Tennessee (10).

Alexandra Koch reports that Georgia law enforcement agencies have had seven years to prepare for the FBI’s transition to a new crime reporting system. However, the Richmond County Sheriff’s Office, Columbia County Sheriff’s Office, and Savannah Police Department are among 7,443 law enforcement agencies across the country that have not submitted any crime data to the FBI since late 2020.

Rebecca Grapevine reports that against the backdrop of hospital closures, state lawmakers Monday considered how to improve health care delivery across Georgia. The House Governmental Affairs Local Service Delivery Subcommittee meeting – chaired by Rep. Darlene Taylor, R- Thomasville – gave doctors and health-care administrators a chance to explain how the state’s health system works – and where it is falling short.

Greg Bluestein and Katherine Landergan report that state officials are discussing a one-time aid package of nearly $200 million for Grady Health System, made up of federal relief dollars and tens of millions lined up through private philanthropies, according to three officials with knowledge of the talks.