T.A. DeFeo reports that Georgia Gov. Brian Kemp has again extended the suspension of state taxes on motor and locomotive fuel. On Thursday, Kemp signed an executive order to suspend the taxes and extend a supply chain state of emergency. The orders are valid through Oct. 12. 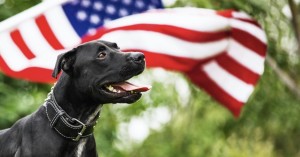 Mary Ann DeMuth reports that the staff at Georgia Trend wishes you a happy and safe holiday.

Our offices will be closed Monday, Sept. 5, but we will return to our labors on Tuesday, Sept. 6.

Georgia employment strong, but at risk of slowdown as Labor Day nears

Michael E. Kanell reports that the employment market in Georgia is arguably as strong as it’s ever been. According to the state Department of Labor, there were 285,000 open jobs last month and just 150,000 people actively searching for work.

Staff reports that on Aug. 29, Paxton Media Group will acquire the Chatsworth Times, The Cleveland (TN) Daily Banner, The Cookeville (TN) Herald-Citizen and The Cartersville Daily Tribune News, and The Jasper (AL) Daily Mountain Eagle. The operations had been owned by Cleveland Newspapers, Inc. and Cookeville Newspapers, Inc., for more than 65 and 47 years respectively.

Kenny Murray reports that the return of Dragon Con has garnered international recognition in both social media activity and attendance rates, with Director of Media Engagement Dan Carroll estimating over 60,000 visitors to the festivities this upcoming weekend. It begins Thursday and stretches various events throughout the AmericasMart campus and five “host” hotels connected within the metro Atlanta area until Labor Day, Sept. 5.

Trevor Williams reports that a $4 billion combination of two Atlanta payments firms will leave the purchaser, with an even bigger international footprint. Global Payments has already benefited from consolidation within the state, creating a mega-payment-processing firm by buying Georgia-founded TSYS, based in Columbus, in 2019.

Jake Busch reports that with buyers facing high home prices in Marietta and across Cobb, the Marietta City Council is considering spending some of its federal COVID funds on two affordable housing programs. The two initiatives staff proposed are down payment assistance to qualified homebuyers in the city limits and construction of four to six affordable homes in Marietta that would house city employees.

Staff reports that Valdosta State University’s Dr. Bernard Tamas has researched third parties in United States politics for more than a decade. Tamas was recently featured in The Conversation’s “A New Third Party for U.S. Politics: Three Essential Reads on What That Means,” on C-Span’s Washington Journal with Bill Scanlan, on CNN’s Full Stop with Mark Preston, where the other guest was former presidential hopeful Andrew Yang, and in The Guardian’s “Forward! Is America’s Latest Third Party Marching to Power — or Oblivion?”

Ross Williams reports that a bus bearing the face of U.S. Sen. Raphael Warnock pulled in to the Cobb County Civic Center parking lot Wednesday, but the freshman senator was not the only Democratic leader to deliver a speech in Marietta. Gubernatorial candidate Stacey Abrams, whose name will join Warnock’s near the top of Georgians’ ballots this November, tagged along to stump for the senator.

Dave Williams reports that the Georgia Department of Labor has settled a lawsuit over the payment of unemployment claims during the pandemic. An agreement the state agency reached with the Southern Poverty Law Center (SPLC) this week calls for improvements to the processing of jobless claims, subject to adequate state funding.

Tia Mitchell reports that the U.S. House select committee investigating the Jan. 6, 2021, riot at the Capitol wants to hear from former Speaker Newt Gingrich. The committee on Thursday announced that it has requested Gingrich to appear before the committee for questioning regarding his contact with then-President Donald Trump’s inner circle regarding the 2020 general election and efforts to overturn the results.