Staff reports that Governor Brian P. Kemp yesterday announced that he is distributing over $62 million in awards to housing initiatives across Georgia focused on fighting homelessness and housing insecurity exacerbated by the negative economic impacts of the COVID-19 pandemic. “As Georgians faced the unprecedented challenges and economic downturn of the pandemic, COVID-19 robbed some of their financial stability, expanding the homeless population in vulnerable communities,” he said. 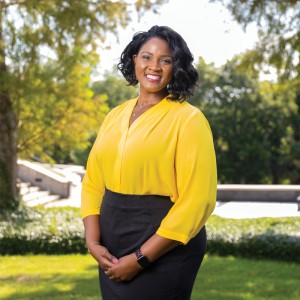 Jennifer Hafer reports that Albany and Dougherty County have had more than their fair share of challenges in recent years (straight-line wind events, a tornado, a hurricane and being Ground Zero for the COVID-19 pandemic in Georgia). However, residents and businesses in this Southwest Georgia county are resilient.

Georgia among the nation’s hardest working states, according to new analysis

Nancy Clanton reports that Americans work an average of 1,791 hours a year, according to the Organization for Economic Cooperation and evelopment. Georgia didn’t make the top 10, but it came mighty close, missing that spot by only .03 percentage points.

Staff reports that a 50 million expansion that will more than double Porsche’s footprint at its headquarters and track complex near the Atlanta airport will include a solar array in a bid to lower its carbon footprint. The German sports car maker’s new digs and expanded track will include enough solar panels to produce 2,050 megawatt hours, enough to power 191 average homes and offset the emissions of 3.6 million miles of driving.

Fighting the opioid crisis through sound: how old technology could be a new solution

Kaitlyn Ross reports, in less than three years, opioid overdose deaths are up 218 percent, according to the Georgia Department of Public Health. Now, a small company in Kennesaw is hoping to lead the way in the battle against the opioid crisis and it starts on the operating table. SoftWave Technologies just secured the patent to use sound to keep people safe from opioid addiction.

Joe Hotchkiss reports that competitive pay and strong health insurance aren’t the only enticements that employers offer job applicants. Even a brisket might seal the deal. Like many businesses in the Augusta area, FPL Food on New Savannah Road is hiring.

Robin Kemp reports that officials with the Clayton County Board of Commissioners, Invest Clayton, and Lake City broke ground Friday on a massive $800 million multi-use development that will be the first high-rise complex on metro Atlanta’s south side.

Gordon Jackson reports that the Georgia Supreme Court has postponed until October an appeal by Camden County officials challenging the validity of a referendum that is blocking the purchase of a 4,000-acre tract for a spaceport. The referendum approved by 72% of Camden County voters in March prevents county officials from closing on the land deal with Union Carbide for the launch site.

How might law enforcement use digital tracking to enforce Georgia’s strict anti-abortion law?

Ross Williams reports, soon after Roe v. Wade’s demise was leaked, social media posts exhorting women to delete their fertility tracking apps began to go viral. Many of the companies that make these apps are based outside the U.S., and their privacy policies may not stay as they are, said New Georgia Project director of legal affairs Tangi Bush.

Nick Sullivan reports that incumbent Rep. Earl “Buddy” Carter’s campaign largely relies on political action committees and out-of-state donors while Democratic challenger Wade Herring is financed almost exclusively by individuals in his district, campaign finances for Georgia’s First Congressional District race show. The difference could offer voters insight as to where the politicians’ priorities lie — with their constituents or with outside lobbyists — but campaign finance experts say the numbers aren’t as cut and dried as first glance might suggest.

Diane Wagner reports that the Georgia Supreme Court has dismissed an appeal by Republican Jeff Lewis, who was contesting his removal from the state Senate District 52 primary ballot. Lewis lost the May 24 primary to Sen. Chuck Hufstetler, R-Rome, who took 62.3% of the vote in the three-way race.

Dave Williams reports that Gov. Brian Kemp will have to testify before the special grand jury investigating former President Donald Trump’s attempts to overturn the 2020 presidential election in Georgia, a Fulton County judge ruled Monday. But the governor won’t have to appear in court until after the November elections, Fulton Superior Court Judge Robert C.I. McBurney declared.

Inside City Hall: Firm that copied Coffee Co. election files also has a contract with the city

J.D. Capelouto and Wilborn P. Nobles III report that newly released documents in an ongoing federal lawsuit over Georgia’s voting system have revealed information about the role an Atlanta-based IT firm apparently played in copying confidential election files in Coffee County. Our colleague Mark Neisse has reported on the case involving SullivanStrickler, the company that sent four of its employees to the South Georgia county in January 2021 at the behest of Sidney Powell, an attorney for then-President Donald Trump.