Georgia Council for the Arts Awards More Than $3.1 Million in Grant Funding to Support More than 200 Arts Organizations Throughout Georgia

Staff reports that Georgia Council for the Arts, a strategic arm of the Georgia Department of Economic Development (GDEcD), today announced the recipients of its Bridge, Project, and Arts Education grants as part of its initial disbursement of grants for fiscal year 2023, which began on July 1. A total of 253 grants were awarded for arts initiatives throughout the state. 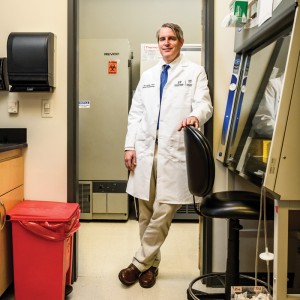 Lindsey Field Penticuff reports that congenital defects like a cleft palate. After-cancer treatment related to tumor removal. Trauma as a result of a car accident. To repair these conditions and more, reconstructive surgery is vital and oftentimes lifesaving.

Scott Trubey reports that Atlanta-based Coca-Cola announced this week a new leader of its North American operations, the beverage giant’s largest division, and the first woman in that role, the company said. Jennifer Mann will start her new role in January, succeeding Alfredo Rivera, the company said in a news release. Mann, 49, is currently Coke’s senior vice president and president of Global Ventures.

Staff reports that Atlanta-based Delta Air Lines tops the list of Forbes’ “Best Employers” in Georgia list released on Wednesday. One hundred companies made the list in Georgia. The list, compiled by market research company Statista, anonymously surveyed 70,000 Americans working for businesses with at least 500 employees to come up with the state-by-state rankings.

John Druckenmiller reports that Lincoln Property Company Southeast is preparing to break ground this month on a 305,000-square-foot, Class-A distribution facility in Emerson after closing on a land sale for the project in late July. Called LakePoint 75, the facility is expected to be completed in fall 2023.

Molly Samuel reports that supporters of solar power in Georgia are praising the recent passing of the Inflation Reduction Act. The bill includes tax incentives for solar manufacturing, which is a growing industry here. A measure that Georgia’s U.S. Senator Jon Ossoff initially introduced as a separate bill that was later included in the big federal budget bill incentivizes companies to manufacture more components for solar panels in the U.S.

Maria Saporta reports that riding an all-electric bus, MARTA leaders on Tuesday celebrated receiving a recent grant of $19.3 million from the Federal Transit Administration to purchase a total of 25 electric buses and install the charging infrastructure. Nuria Fernandez, the Federal Transit Administration (FTA) administrator, was on hand to formally announce the grant when the bus stopped at the Edgewood-Candler Park MARTA station.

Trevor Williams reports that a Georgia-based firm has been approved to sell new models of its oxygen equipment in Brazil, the latest step on the path toward expanding international sales as COVID-19 continues to spotlight expanded need globally. CAIRE Inc., based in Ball Ground, Ga., launched two new products in Brazil in July after receiving the go-ahead for from ANVISA, the Brazilian health regulatory agency.

Jill Nolin reports that Celeste Chippero moved from Michigan to Georgia feeling confident she would find support services for her son Peter, who has cerebral palsy. Instead, her now 32-year-old son has spent the last five years on a waiting list for services through a Medicaid program for people with intellectual and developmental disabilities, which now includes more than 7,000 people.

Rebecca Grapevine reports that many rural Georgia counties lack easy access to methadone clinics, according to a new study by a University of Georgia (UGA) team. Methadone is a “gold standard of opioid addiction treatments,” according to study author and UGA health economist Jayani Jayawardhana.

Absentee ballots available. How to request one in Athens and Oconee County

Will Peebles and Abraham Kenmore report that Georgia voters this week can start requesting an absentee ballot ahead of the Nov. 8 midterms. This year will be the first major statewide election since 2020, which was the most well-attended vote in the state’s history.

Tamar Hallerman and Bill Rankin report that Fulton County judge today will hear arguments about whether Gov. Brian Kemp should be compelled to testify before the special purpose grand jury examining potential criminal interference in Georgia’s 2020 elections. Kemp is seeking to quash the subpoena, which was issued after plans for a voluntary interview with Fulton prosecutors were scuttled after an apparent communication breakdown.