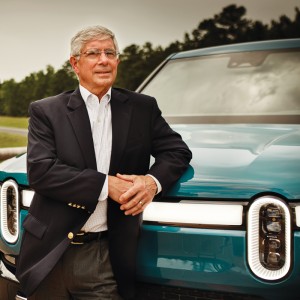 Patty Rasmussen reports, a remarkable and deliberate shift occurred in Georgia’s automotive industry over the past five years and accelerated in the last 24 months. Seemingly almost out of nowhere, an entire electric vehicle (EV) ecosystem began to flourish.

Zachary Hansen reports that a judge decided to pump the brakes on validating up to $15 billion in bonds for Rivian’s planned electric vehicle plant an hour east of Atlanta. A bond validation hearing last Thursday ended with no ruling because of legal challenges and concerns from locals who worry the massive manufacturing facility will sully their rural way of life.

Buc-ee’s is coming to Golden Isles

Gordon Jackson reports, the worst kept secret in the Golden Isles was finally made public at Tuesday’s Golden Isles Development Authority meeting. A Buc-ee’s travel center is coming to the Interstate 95 interchange at Exit 42.

Sofi Gratas reports, the city of Moultrie sits in the middle of Colquitt County. It’s emblematic of most small Southern towns, with a historic square, one Piggly Wiggly supermarket, and miles of farmland on the periphery. Moultrie also has the only hospital in the county of about 45,000 people, Colquitt Regional Medical Center.

Donnell Suggs and Eric Mandel report that a decade ago, the open space in Forsyth County would have been primed for a mall or shopping center. Increasingly, developers are shifting their aims to suburban, experiential entertainment.

Stovall named publisher and editor of The Covington News

Staff reports that Gabriel Stovall has been named publisher and editor of The Covington News, Owner Patrick Graham announced today. “We are fortunate to be able to bring someone of Gabriel’s caliber back to The Covington News,” Graham said.

Alan Mauldin reports that Southwest Georgia farmers took a trip on Tuesday to the Sunbelt Ag Expo in Moultrie for the annual field day. The tour of the 600-acre research farm area allows farmers to see the latest varieties of crops growing in the fields and to hear about ongoing research.

Nick Watson reports that a U.S. District Court judge dismissed a lawsuit Aug. 1 filed by Rep. Andrew Clyde regarding fines he incurred for security screening measures to enter the House of Representatives’ chamber, writing that he did not have jurisdiction to rule on the matter.

Katherine Landergan reports that there’s a new law on the books that should make accessing treatment for mental illness and addiction much easier. But some proponents of the new law fear that many Georgia residents may not know about the change.