Georgia taxpayers to provide $1.8B in incentives to Hyundai for new Savannah electric vehicle plant 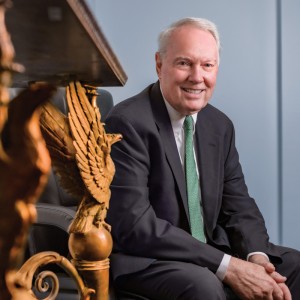 Banking on the Future

Brian A. Lee reports that banks in Georgia and throughout the nation are facing a challenging environment as the government’s central banking system, the Federal Reserve, raises interest rates and technology continues to transform the industry. Mortgage rate increases are the latest kick in the high-energy housing market, while new banking technologies shifted into overdrive during the pandemic.

Zachary Hanson reports that Atlantic Yards — the two-tower campus in Atlantic Station where Microsoft created its Atlanta technology hub — was recently acquired by a new owner. Global Atlantic Financial Group, a subsidiary of global investment firm giant KRR, purchased the office buildings for an undisclosed price, according to a news release.

The dawn of the EV age: Why drivers are embracing electric cars, soon to be made in Savannah

Latrice Williams reports, Robert Kittredge loves EVs. He drives a Cadillac CT6 plug-in hybrid and described it as a “Chevy Volt in a tuxedo.” EVs are the future of cars — and Savannah will be an EV epicenter as the site of a Hyundai manufacturing plant.

Hank Rowland reports that Georgia motorists are seeing something that has been absent for quite some time: gas under $4. The average cost of a gallon of unleaded regular gas Sunday was $3.90, a decrease of 14 cents from the previous week and 52 cents less than it was just a month ago.

Dave Williams reports that the state agencies in charge of Georgia’s film tax credit have strengthened oversight of the program by fully or partially addressing all shortcomings identified in a 2020 audit, a follow-up review has concluded. The General Assembly passed legislation two years ago requiring all film productions located in Georgia to undergo mandatory audits by the state Department of Revenue or third-party auditors selected by the agency.

Jill Nolin reports that advocates who rallied behind enforcing federal behavioral health parity rules in Georgia are pushing for continued reforms of the state’s system – including more work on parity. This year’s bipartisan mental health law took effect early this month and is still being implemented, and advocacy groups are calling for additional changes that they argue will help make sure insurers are not discriminating against Georgians with behavioral health needs.

Asia Ashley reports that in Georgia, nearly 15 mass shootings have occurred this year — among its deadliest was when three people were killed and three others injured after being shot at an apartment complex in DeKalb County. A handgun was used in those shootings.

Patricia Murphy, Greg Bluestein and Tia Mitchell report, with President Joe Biden’s approval rating in Georgia hovering in the low 30′s, Democrats and Republicans know tying U.S. Sen. Raphael Warnock to Biden and the White House is GOP Senate hopeful Herschel Walker’s best bet to win in November. That may be why Warnock is taking new steps to put daylight between himself and Biden’s administration.