Coca-Cola to Spearhead Talks on U.S. Global Leadership in the South

Trevor Williams reports that Coca-Cola Co. over the next year is set spearhead a series of discussions around the South with policy makers, business leaders and other key stakeholders on U.S. competitiveness, international aid and the role of sustainability efforts in American leadership around the world. The Atlanta-based beverage giant was named the lead of the U.S. Global Leadership Coalition‘s South Initiative through 2023 at the organization’s June 13 Impact Forum in Washington. 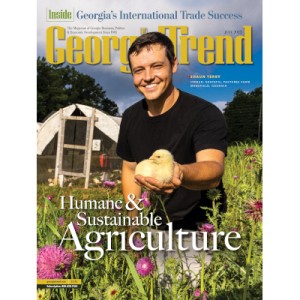 Mary Ann Demuth reports, agriculture is Georgia’s No. 1 industry, generating more than $70 billion a year, and its reach is felt throughout the state. For decades, Georgia has famously laid claim to the title of the nation’s “poultry capital,” where three out of four of the 159 counties have poultry or egg operations.

Kelly Yamanouchi reports that the U.S. Justice Department said Thursday it has reached a settlement for Delta Air Lines to pay $10.5 million to resolve an investigation into alleged false reporting of international mail delivery times that were reported to the U.S. Postal Service. Atlanta-based Delta collected mail in the U.S. and at Defense Department and State Department locations abroad for delivery to international and domestic destinations under a contract with USPS.

Rebecca Grapevine reports that Georgia’s population increased between July 2020 and July 2021, according to annual data from the Census Bureau. The state’s 2021 population was roughly 10.8 million, an increase of almost 74,000 residents, or about 0.7%, over 2020. New population estimates out today include information on age, race, and ethnicity in American counties and cities for the period up to July 2021.

Latrice Williams reports that eight years ago, Bill Cunningham, vice president of real estate for Raydient Places and Properties, learned Bryan County was one of the fastest growing areas in the country. That, coupled with his love for the outdoors, prompted him to build a neighborhood where residents can connect with nature in their own backyard.

Jim Burress and Lily Oppenheimer report that Captain Jason Ambrosi has been a Delta Air Lines pilot for 22 years. He tells WABE he loves his job. But he’s exhausted from flying a record number of overtime hours to help the airline recover from the pandemic.

Beau Evans reports, in living room of the two-bedroom house where Barbara Brown lives on Cummings Street, a poor spread of homes streaked in Spanish moss on the south side of Valdosta, has little furniture except a sofa in the corner, and an air mattress on the floor. Brown lives with her niece, Alexis Burkes, a 34-year-old woman with schizophrenia and bipolar disorder who has a habit of leaving the house to wander the streets alone.

John Bailey reports that a recent ruling in U.S. District Court rejected one chemical manufacturer’s bid to seek a higher court’s opinion on whether it, and other companies, could be held liable for the release of toxic chemicals into many of Northwest Georgia’s rivers. Daikin America Inc. sought to have the Georgia Supreme Court or 11th Circuit Court of Appeals weigh questions concerning whether or not a chemical manufacturer is responsible for damages caused by the negligent disposal of its product.

Ross Williams reports that the calendar for 2022 is officially halfway complete, but for state officials, a new year is just beginning. July 1 starts a new fiscal year for the state of Georgia, bringing in a new budget and the effective date of laws passed earlier in the year, including many that will affect how Georgia public school students learn.

Maria Saporta reports, during his talk to the Rotary Club of Atlanta on June 27, U.S. Sen. Jon Ossoff made a plea for Georgia to revisit the development of high-speed rail to connect Atlanta with cities across the Southeast. Ossoff said he was able to appropriate $8 million to conduct a “Stage One” Environmental Impact Study “for high-speed rail connecting Atlanta to Savannah by way of Macon.”

Poll says Georgia gubernatorial race is too close to call

James Salzer reports, while talk of a recession in 2023 has ramped up, Democratic gubernatorial nominee Stacey Abrams is proposing $800 million a year in new spending on pay raises, health care expansion and other programs. Abrams says Georgia needs the new spending to meet its obligations to, for instance, make sure schoolchildren have top teachers in the classroom.