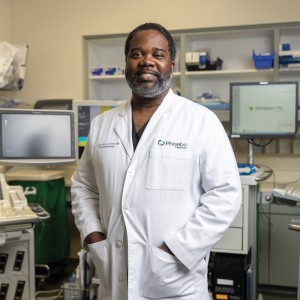 Mary Anne Dunkin reports, by many measures, the story of colorectal cancer is one of success and hope. In 2019, the death rate from colon and rectal cancer was less than half what it was in 1970, due in large part to screening methods that allow doctors to detect precancerous lesions and diagnose cancer at its earliest, most treatable stages.

Michael E. Kanell and J. Scott Trubey report, jobs in Georgia are up, jobseekers are rare and the unemployment rate is at an all-time low. Trouble: the stock market is diving, cryptocurrencies have collapsed and the Federal Reserve has gotten aggressive in its fight against inflation with sharply higher interest rates.

T.A. DeFeo reports that Georgia Ports Authority moved a record number of twenty-foot equivalent container units in May, eclipsing the previous record set in October 2021. The movement of 519,388 TEUs at the Port of Savannah in May topped the 504,347 TEUs moved in October 2021. GPA’s May volumes grew by 40,768 TEUs, or roughly 8.5%, compared to May 2021.

Joe Hotchkiss reports that local, state, federal and German officials in Augusta on Friday welcomed a $340 million copper recycling and smelting plant that they said exemplifies greener industry and Georgia’s economic focus on the growing electric vehicle market. “Welcome to the future,” Georgia Gov. Brian Kemp said in remarks to about 100 people at Augusta Corporate Park for the ceremonial groundbreaking.

Trevor Williams reports that Japan-based Maruho Medical USA has officially opened its new Marietta headquarters and assembly facility, a move that will eventually create 16 new jobs.  The company, a subsidiary of Japan’s century-old Maruho Co. Ltd., held a ribbon-cutting ceremony at the 22,000-square-foot facility May 24.

Stephen Fowler reports that Georgia Secretary of State Brad Raffensperger and his top deputy Gabriel Sterling will testify at Tuesday’s hearing of the House Select Committee to Investigate the January 6th Attack on the United States Capitol, to shine more light on one of the more brazen attempts to overturn the 2020 election.

Redistricting left 2 PSC candidates out of their districts. One got to keep her candidacy, one didn’t.

Mary Landers reports that Patty Durand and Shelia Edwards recently found themselves in similar positions in their quests to each become a Georgia Public Service Commissioner. Both Democrats, running in separate races, faced challenges to their candidacy based on where they live.

Patricia Murphy, Greg Bluestein and Tia Mitchell report that a rare Republican-against-Fox News fight burst into the headlines Thursday night when Wayne Johnson, who finished third in the 2nd District GOP primary, sued Fox News and Jeremy Hunt, the candidate who finished first, for racketeering and conspiring to get Hunt elected. Johnson and Hunt were both at the Bibb County GOP meeting Thursday night, along with the second-place finisher Chris West.