Staff reports that Governor Brian P. Kemp yesterday announced that he has awarded more than $415 million in response to the economic harms caused by the COVID-19 pandemic and affecting hardworking Georgians and Georgia non-profits, government organizations, and businesses. 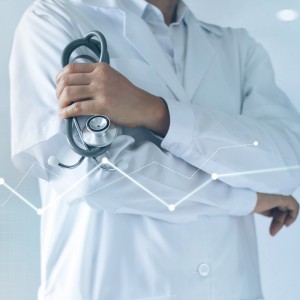 Staff reports, from addiction medicine to vascular surgery, outstanding physicians from the full range of medical specialties can be found throughout Georgia. And Georgia Trend is proud to feature them in the third annual listing of the state’s top doctors.

Drew Kann reports that the parent company of solar manufacturer Qcells, which builds solar panels at a massive facility in Dalton in Northwest Georgia, announced Friday that it will invest $170 million to boost production in the U.S. South Korea-based Hanwha Solutions, which owns Qcells, said the money will allow the company to produce an additional 1.4 gigawatts of solar panels each year.

T.A. Defeo reports, as the Consumer Price Index continues to rise, a Georgia nonprofit says the state should remove barriers to jobs to facilitate business growth. The non-seasonally adjusted CPI rose 0.3% in April and has increased 8.3% in the last 12 months.

Ross Williams reports that starting in the fall, history teachers will be navigating a raft of new laws passed by the state Legislature and signed by Gov. Brian Kemp ostensibly aimed at taking politics out of classrooms. The law that originated as House Bill 1084 bars teachers from discussing nine so-called divisive concepts, including that the United States is inherently racist, that a person should be discriminated against because of their race or that an individual bears responsibility for misdeeds committed by others of the same race.

Beau Evans reports that voting is underway in the 2022 primaries to decide which candidates will compete for governor, secretary of state and other top offices in the November 8 general election. For most Georgians, this year marks their first encounter with sweeping changes state lawmakers made to election laws last year in response to public concerns over voter integrity in the 2020 presidential contest.

Drew Favakeh reports that House Rep. Derek Mallow (D-Savannah) is attempting to become the latest Chatham County legislator to move from one governing body to another. He’s running for Georgia Senate District 2 and will face Orlando Scott in the Democratic primary on May 24.

Aleks Gilbert and Hunter Riggall report that emergency room physician Rich McCormick, one of nine candidates running for Georgia’s 6th Congressional District in the May 24 Republican primary, has been endorsed by Republican state senators and congressmen and county commissioners and even U.S. Sen. Ted Cruz, R-Texas. But the most coveted endorsement of all recently went to east Cobb attorney Jake Evans, the former head of Georgia’s Ethics Commission.

Mark Niesse reports that the Georgia voting rights case led by Fair Fight Action has survived a midtrial attempt to dismiss after a month of testimony. U.S. District Judge Steve Jones wrote in an order Monday that he won’t render any judgment until all evidence has been presented.