Staff reports that Governor Brian P. Kemp announced that sustainability-focused Ecopol, a European leader in the production of biodegradable PVA film, will invest more than $38 million and create 130 new jobs at the company’s first North American facility in Spalding County. “Georgia’s world-class connectivity to markets continues to draw in businesses from around the world,” said Governor Kemp. 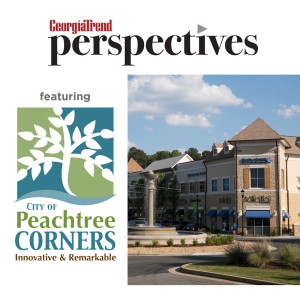 Kelly Yamanouchi reports that Delta Air Lines posted a $940 million net loss for the first quarter of the year, battered by the omicron surge and higher fuel costs. The loss wasn’t unexpected as Atlanta-based Delta predicted the first quarter would be in the red because of COVID-19 impacts.

Ross Williams reports that April may be a good month to catch a glimpse of various duck species in Georgia on their way north, but some farmers and public health officials will be watching those flocks with suspicion rather than wonder. Ducks are a major carrier of the highly pathogenic avian influenza, and eight waterfowl representing three duck species have been identified as carriers across Glynn, Camden and Hart counties since February, according to the U.S. Department of Agriculture.

Mary Landers reports that Camden County is forging ahead on plans for its spaceport despite last month’s referendum vote that overwhelmingly rejected the county’s purchase of the property for the dreamed-of facility. Last week, three golf-shirted executives from Spearhead Capital Advisers gave the County Commission their plans — in very broad terms — to raise funds for a public-private partnership in Camden.

Board of Regents holding the line on tuition again

Dave Williams reports that all but one of Georgia’s public colleges and universities will not be raising tuition for the third year in a row. The University System of Georgia Board of Regents voted Tuesday to hold the line on tuition during the upcoming school year for every school in the system except Middle Georgia State University.

Ellen Eldridge reports, some Georgia families will lose access to free and reduced school lunch programs if Congress does not renew childhood school nutrition waivers issued during the pandemic. The waivers that provide schools and childcare centers with flexibility are about to expire at the end of the school year.

Taylor Cooper reports that Georgia’s legislature may have put the Glynn County Board of Elections in a bind — comply with state law or waste taxpayer money. Georgia’s elections law overhaul of 2021 required local governments to keep on hand 250 voting machines per voter. The law made sense in major metro counties, especially in the wake of the 2020 election.

John Bailey reports that a hearing originally set for Wednesday in a challenge to the candidacy of 14th District Rep. Marjorie Taylor Greene has been delayed. The hearing has been rescheduled for April 22 at 9:30 a.m. at the Office of State Administrative Hearings in Atlanta before Administrative Law Judge Charles R. Beaudrot.

T.A. DeFeo reports that Georgia Gov. Brian Kemp signed Senate Bill 319, a “constitutional carry” measure allowing Georgians to carry guns without the need for a state-issued license. “There is no doubt that we are living in challenging times,” Kemp said during a Tuesday bill signing ceremony.

David Wickert reports that one of Georgia’s top transportation officials is leaving to take a job in the private sector. Chris Tomlinson is executive director of three Georgia transportation agencies – the State Road and Tollway Authority (SRTA), the Georgia Regional Transportation Authority (GRTA) and the Atlanta-Region Transit Link Authority (the ATL Board).