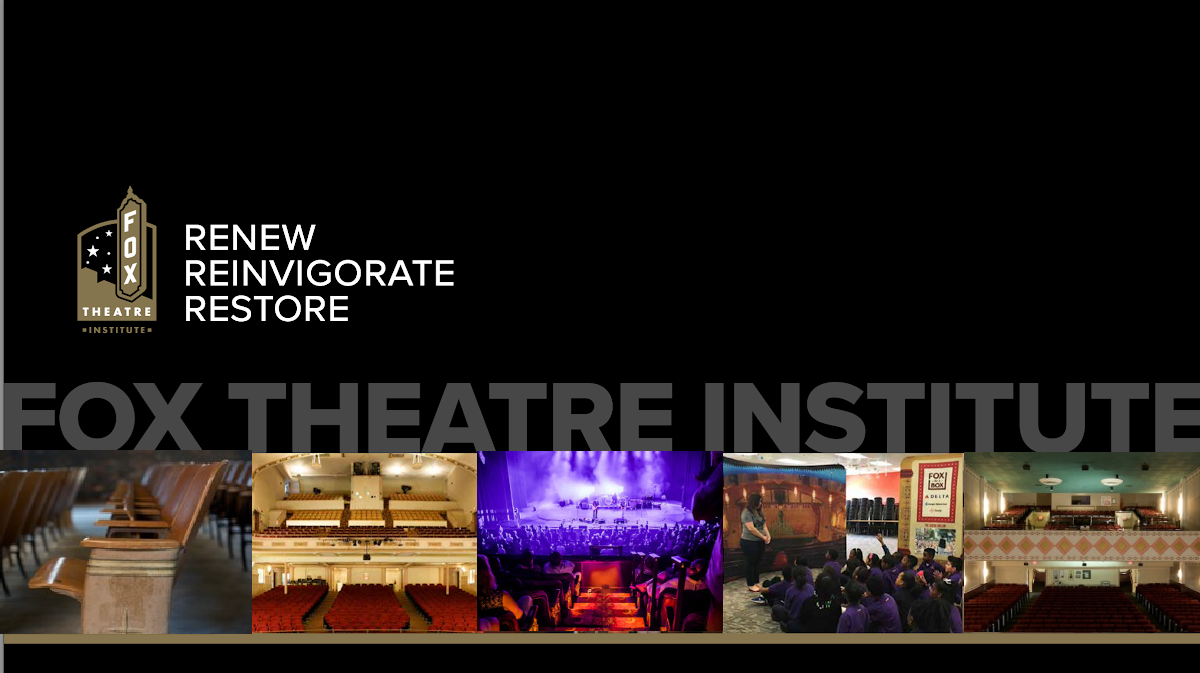 Remember the excitement of going to your hometown’s first movie theatre or seeing your first live performance on a stage? Or maybe you were a performer in one of the many high school theatres in the state. Either way, you’ve benefited from the presence of the performing arts. 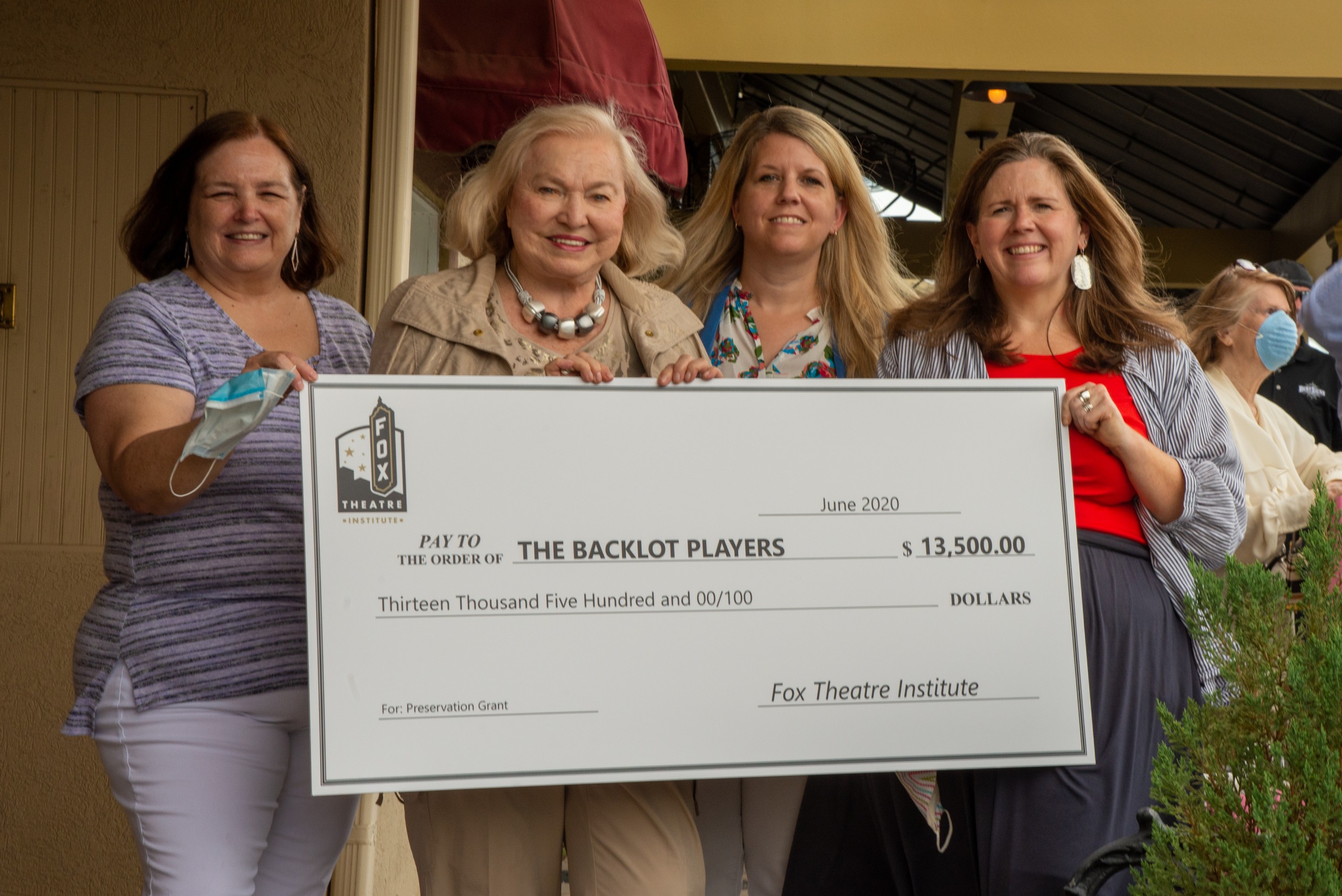 One non-profit organization committed to keeping the performing arts alive and well in Georgia is the Fox Theatre. Through the Fox Theatre Institute (FIT), the Fox Theatre supports a dynamic outreach program specific to the success of performing arts venues. “It is somewhat a non-profit within a non-profit,” says FTI Director Leigh Burns, the FTI was founded in 2008 by Atlanta’s renowned Fox Theatre with the aim of renewing, reinvigorating, and restoring performance spaces so they may continue to enrich their communities – and the state – through the arts. “It would be incredible if performance arts were an option in every small town in Georgia and the Southeast that has a theatre to rehabilitate. We’re proud to play a role in bringing those stages back to life,” says Burns.

Adopting a “pay it forward” stance, the FTI shares Fox’s success with other performance spaces around Georgia and the Southeast. Thus far, FTI has helped over 60 performance spaces (including community auditoriums, and school auditoriums) mostly statewide, allowing these venues to continue to function as cultural hubs within their communities.

The FTI offers this outreach program that includes grant funding for historic rehabilitation throughout (interior and exterior), operations expertise, management consulting, and education. FTI also offers strategic planning and preservation grant guidance along with helpful professional development seminars. Since its inception, FTI has provided $2.2 million in grants and has shared theatre operations experience with more than 60 performance venues across the southeast. 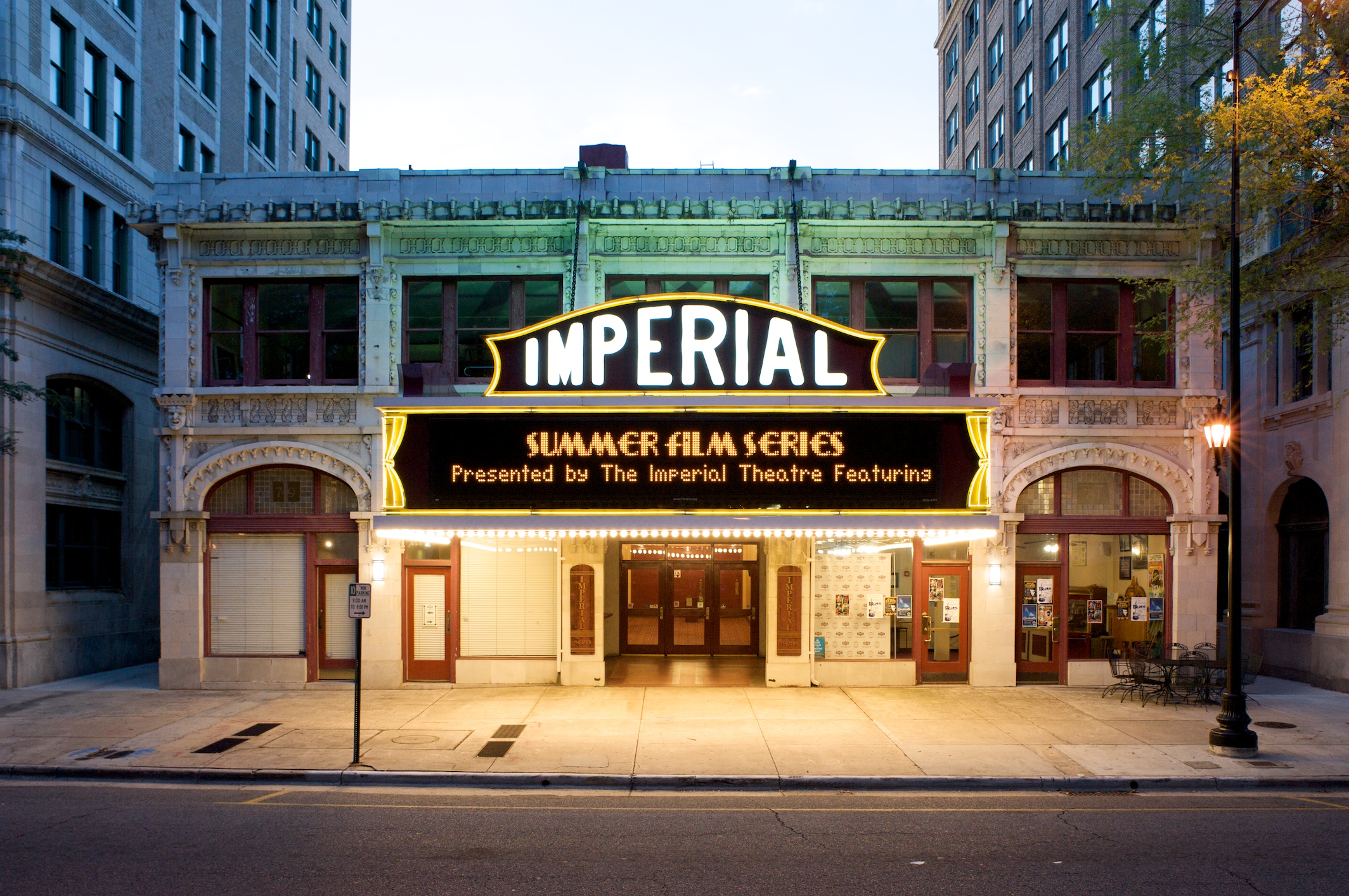 One such venue is the Imperial Theatre in Augusta, Georgia. Executive Director Charles Scavullo says, “The Imperial Theatre is proud to have had the opportunity to be associated with the Fox Theatre Institute since its inception in 2009. FTI’s funding has been invaluable for various projects at the Imperial over the years. Their technical support is wonderful. As a member of the FTI’s Georgia Presenters group the Imperial Theatre has learned a great deal from other theaters throughout the state of Georgia in addition to instituting best practices.”

Before and After, Imperial Theatre, Courtesy of the Fox Theatre

Another historic venue that has benefitted from the FTI is the Marigold Auditorium. Winterville Mayor Dodd Ferrelle says, “The Marigold Auditorium would be silent and dark without the help of the Fox Theatre Institute. The City of Winterville’s partnership with FTI has been instrumental in transforming our beloved Auditorium and, in essence, our community by supporting the arts and creating a revenue stream for the city for many years to come.” 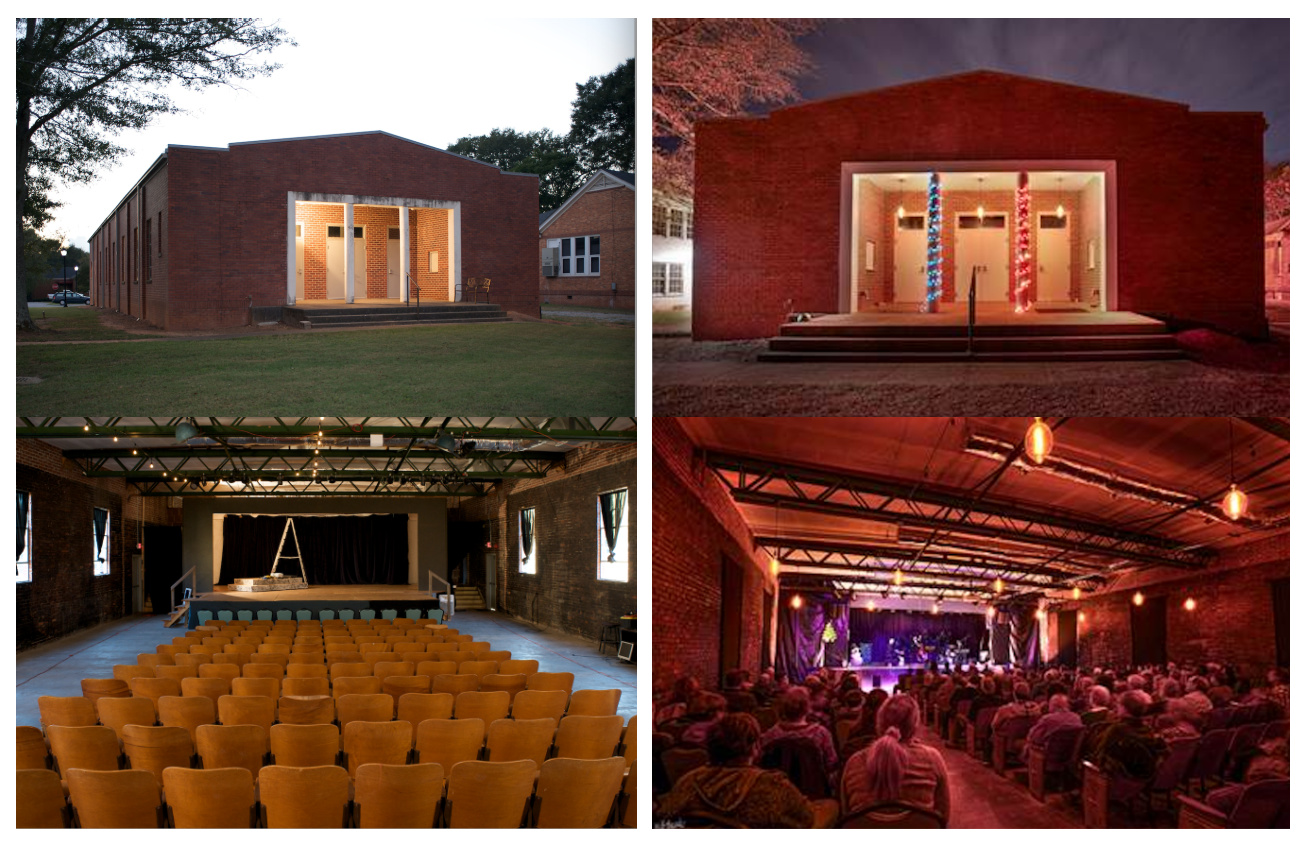 Marigold Auditorium Photo Credits: “Before” photos on left by Burke Walker Photography, “After” photos by Matt Brewster with Marigold Solutions

The Southside Theatre Guild in Fairburn was able to overcome its critical infrastructure challenges with the help of the FTI. According to Grant Coordinator Janet Reed, “After receiving a $75,000 Urgent Needs Grant from FTI, which would allow us to replace our roof, there was a new spark of interest for our theatre in the community…. our membership and ticket sales numbers are up, and our revenues are the best they have been in the history of our theatre.” 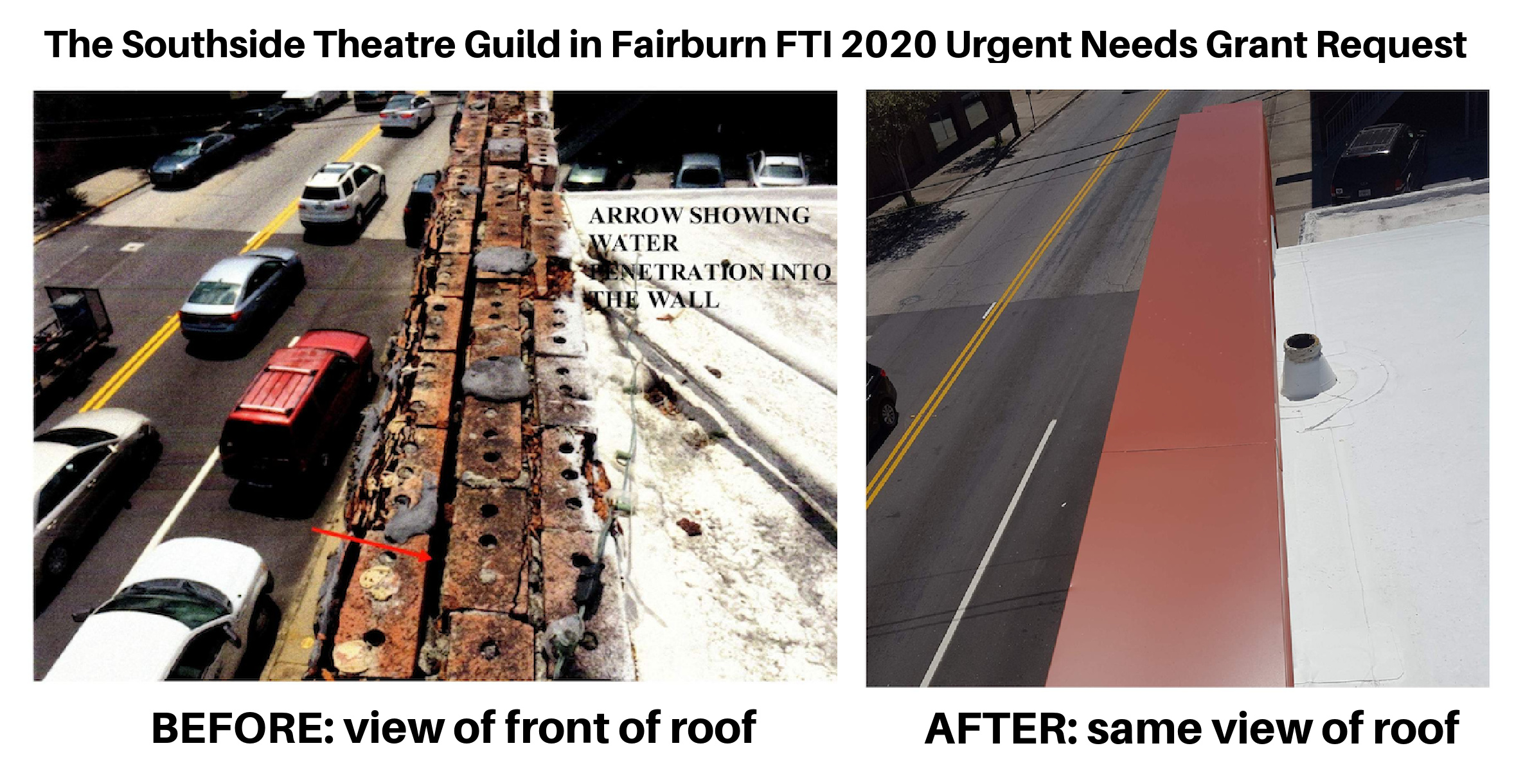 During the global shutdown over the last two years, luckily the Fox Theatre Institute remained committed to moving forward because there are still so many communities in Georgia that still need their help. Behind the scenes, they still planned, budgeted and worked on ways to fundraise to support their initiatives for the state. These efforts will continue to cultivate the arts in Georgia for decades to come.

Want to help Georgia’s historic theatres? Become a Friend of the Fox and your donation can help reinvigorate some of Georgia’s most vital performance spaces by providing renovation funding, managerial guidance, and education to ensure a thriving future for the performing arts in Georgia.

Do you have or know of a venue that needs help coming back to performance life? The Fox Theatre Institute may be able to help. To see if your space qualifies for any number of grant programs, see their grant application process. They are accepting grant applications through August 15, 2022, with grant opportunity funding by October 2022.