Staff reports that Governor Brian P. Kemp yesterday announced that Battery Resourcers, a lithium-ion battery recycling and engineered materials startup, will invest $43 million to open its first commercial-scale battery recycling plant in Covington. The processing facility will become the largest of its kind in North America when fully operational in August 2022 and create at least 150 jobs in Newton County. 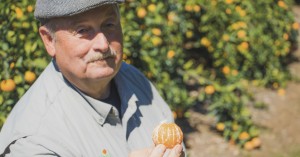 From farm to front door

Mary Ann DeMuth reports, with the surge in COVID-19 cases, many Georgians are reverting back to online delivery of groceries, much like they did in 2020. And restaurants are either going back to take-out only or are limiting open hours due to lack of staffing and the need for greater safety protocols.

Nancy Clanton reports that the latest outlook by the University of Georgia’s Terry College of Business found the state’s economy will post strong growth again in 2022, finally surpassing its pre-pandemic number of jobs in the first half of the year. That could be why WalletHub ranked Atlanta in the top 15% of 2022′s best cities for jobs.

Gordon Jackson reports, in a hearing Wednesday to determine a request for a temporary restraining order to prohibit Camden County from closing on a deal to purchase a proposed spaceport site has been delayed because of a reported illness by the judge overseeing the hearing. According to Megan Desrosiers, president and CEO of the environmental group One Hundred Miles, Stephen Scarlett, chief Superior Court Judge of the Brunswick Judicial Circuit, rescheduled the hearing for 9:30 a.m. on Jan. 11 at the Camden County Courthouse in Woodbine.

Staff reports that Phoebe Putney Memorial Hospital board of directors on Wednesday approved a $140 million plan for a major set of construction projects that would include a new emergency and trauma center, a new neonatal intensive care unit (NICU) and a new intensive care unit. The vote clears the way for Phoebe to apply for certificates of need for the projects from the Georgia Department of Community Health (DCH).

Dan Whisenhunt reports that the Wall Street Journal reports that Adam Neumann, the co-founder of WeWork, has been snatching up apartment properties throughout the South, and one of them is in greater Decatur. In May, CoStar reported that Neumann’s company paid  $74.3 million for the property.

From the Publisher: Taxing Thoughts

Ben Young writes, Georgia, in addition to being the best state in which to do business for nearly a decade, is run in many ways like a business itself. In September, state government reported a $2.2 billion surplus, even above its “rainy day” fund legal cap of $4.3 billion.

What to Expect for Georgia Government, Politics in 2022

Alessandro Marazzi Sassoon reports that as the Peach State moves past 2021, State Affairs took a moment to reflect on what events of the past year are most likely to have a continued impact on Georgia’s people, politics, and policy in 2022. From the pandemic to tax policy, a lot has impacted citizens across the state.

Diane Wagner reports that another Republican has thrown his hat into the ring for the District 52 state Senate seat representing Floyd, Bartow and Gordon counties. Former state representative Jeff Lewis of Cartersville announced Wednesday he plans to run. Qualifying is in March for the May primary election.

Conner Evans reports that Barry Sanders, a small business owner in Buford, announced Tuesday, Jan. 4, he will run for State House District 30, attempting to fill the seat that longtime Rep. Emory Dunahoo was drawn out of, after the latest round of redistricting.

Stephen Fowler reports that Gov. Brian Kemp announced Wednesday he supports the GOP-led legislature passing a so-called “constitutional carry” bill this legislative session that would likely allow eligible Georgians to open or concealed carry a handgun without a permit. The governor’s press conference comes as he faces multiple primary challenges from his right flank, led by Donald Trump-endorsed former Sen. David Perdue and in an election year where the Georgia General Assembly is poised to prioritize several red-meat conservative base issues.

Stanley Dunlap reports that Georgia Lt. Gov. Geoff Duncan’s to-do list during his final year includes a tax credit to boost law enforcement, more resources for foster care, and higher wages for correctional officers. Duncan said Wednesday that his focus will remain on completing his duties and getting his priorities passed before his time in the Senate concludes at the end of 2022.

Isakson to be memorialized Thursday

Chart Riggall reports that one of the founding fathers of the Cobb County Republican Party, the late U.S. Sen. Johnny Isakson, will be remembered Thursday at a service in Atlanta. Mourners from across the state and nation will gather at Peachtree Road United Methodist Church in Atlanta beginning at 2 p.m.

Tia Mitchell reports, in the aftermath of the Jan. 6 riot at the U.S. Capitol, Republican members of Congress from Georgia joined their Democratic colleagues in condemning the attack. “This is, this is not a time for violence,” a shaken U.S. Rep. Marjorie Taylor Greene said in a video posted shortly after she was escorted to safety.