Covid hospitalizations soar in Atlanta area; Northside wins a round in court vs. Anthem 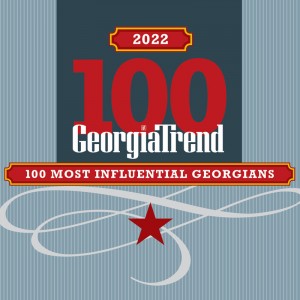 Staff reports, while this year’s Georgian of the Year Griff Lynch may come closest to literally steering ships, the job of keeping the state afloat does not fall to him alone. There are thousands of people who help ensure the state remains at the top for doing business and improving the lives of all of its citizens.

Matt Kempner reports that a decade ago, Georgia Power’s leaders resisted sharply shifting away from coal, its primary fuel for generating electricity, warning it could lead to increased prices and steep job losses. Coal plants supplied 75% of Georgia Power’s energy generation 20 years ago. By last year, it was down to 15%.

Business in 2021: Growth all around in Rome and Floyd County

John Bailey reports, the past year was scattered, smothered and covered with new growth and the prospect of growth to come. From major hospital deals to expanded opportunities by way of available land, Rome and Floyd County saw lots of changes in 2021. The biggest two business stories for the year centered around the acquisition of Floyd Health System, the former parent company of Floyd Medical Center, and Redmond Regional Medical Center.

What we know about 4 big developments around Columbus

Carlton Fletcher reports that Georgia Trend magazine has named Monty Veazey, who is president and CEO of the Georgia Alliance of Community Hospitals, one of the 100 Most Influential Georgians. The annual list is in the January issue of Georgia Trend.

Staff reports that on Monday at the Port of Savannah, representatives from Gateway Terminals, the International Longshoremen’s Association and the Georgia Ports Authority joined to mark the first container moved under the direction of Gateway, a new joint venture company combining locally the three legacies of Ports America, Ceres Marine Terminals, and SSA Atlantic.

Maria Saporta reports, perhaps the most important job of the president of the Atlanta City Council is to select the members to serve on the seven Council committees and to decide who will chair each committee. Incoming City Council President Doug Shipman took that responsibility to heart. Even though he was sworn in on Monday as a newcomer to City Council, Shipman followed tradition by striving for a balance in making his appointments.

Greg Bluestein reports that Democratic activist Nabilah Islam entered the race for an open Georgia Senate seat on Tuesday with a pledge to fight for racial justice, expand voting rights and expand Medicaid. She will face state Rep. Beth Moore, a second-term legislator, in the newly redrawn seat.