Nyamekye Daniel reports that six Georgia cities are among the best cities to live in the south, according to a recent report. The report by 24/7 Wall St. included Sandy Springs, Milton, Alpharetta, Suwanee, Braselton and Rincon on the list. 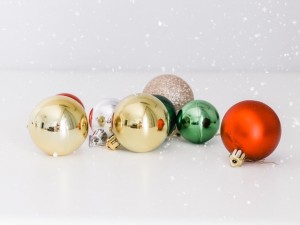 Photo by Sincerely Media on Unsplash

Karen Kirkpatrick writes, the staff at Georgia Trend wish all of our readers very happy and safe holidays. Latest Trends blog will return after the new year. Cheers!

Falling Georgia jobless claims a sign of the (good) times

Michael E. Kanell reports, not long ago, Georgia’s new jobless claims number was a weekly snapshot of a pandemic-damaged economy and a struggling labor market. But the number of claims for unemployment benefits has fallen from the stratosphere to pre-pandemic levels.

Staff reports that the new year will bring a new effort to help entrepreneurs who are starting up small businesses in Gwinnett County. County officials recently cut the ribbon for the Gwinnett Entrepreneur Center near the Lawrenceville Square, the last step in a long preparation to open the center in January.

Shiann Sivell reports, after receiving approval from other members of the Troup County Board of Commissioners, Commission Chairman Patrick Crews signed off on a $1.8 million grant from the Department of Natural Resources Tuesday night, which will be used to construct the Oakfuskee Conservation Center. In 2019, the county applied for a $1.8 million Outdoor Stewardship Grant to the Geogia DNR for the center.

Larry Hobbs reports that a large tract of land near St. Simons Island’s north end has remained protected from development and progress through two centuries, but history at Fort Frederica National Monument has been anything but static. The site continues to reveal new stories from the past, as evidenced by the recognition earned at Fort Frederica recently from the National Park Service. 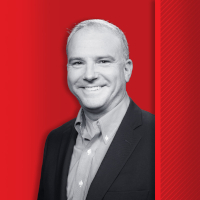 The Georgia File: No. 1 Political Battleground

Brian Robinson writes, the fierce political competition between the parties to win Georgia brings some benefits with it. The Biden administration has every reason to give special attention to the state where voters gave him the narrowest victory margin in the country and then followed that up by electing Democrats Jon Ossoff and Raphael Warnock to the U.S. Senate.

Phil Galewitz and Andy Miller report that a record 13.6 million Americans have signed up for health coverage for 2022 on the Affordable Care Act marketplaces, with nearly a month remaining to enroll in most states, the Biden administration announced Wednesday. President Joe Biden’s top health advisers credited the increased government subsidies, which lowered out-of-pocket costs, for the surge in enrollment.

Alessandro Marazzi Sassoon reports that Tim Echols could be running a Chick-Fil-A restaurant in Texas right now. Instead, he’s the vice-chair of a powerful state regulatory agency that keeps watch over big gas-and-electric companies like Georgia Power.

Dave Williams reports that the Biden administration Thursday rejected Georgia’s bid to make a limited expansion of Medicaid subject to a work requirement. The state proposed the work requirement as part of a demonstration waiver from provisions of the Affordable Care Act (ACA). The waiver was approved by the Trump administration last year.

Diane Wagner reports that Georgia law on lead poisoning lags far behind CDC guidance, but a major update is expected when the General Assembly convenes next month. State Rep. Katie Dempsey, R-Rome, has been chairing a special House Study Committee on Childhood Lead Exposure. The bipartisan committee unanimously approved on Dec. 14 a set of recommendations for action.

The Jolt: Walker’s financial disclosure gives us a peek into a sports icon’s wealth

Patricia Murphy, Greg Bluestein and Tia Mitchell report, U.S. Senate candidate Herschel Walker’s financial disclosures were posted late Wednesday, and it shows he has a number of lucrative businesses. The document shows his umbrella organization for his various business endeavors, H. Walker Enterprises, is worth between $25 million and $50 million and generated $3.2 million in income.