Matt Johnson reports that before his death Monday, Colin Powell, 84, inspired generations of Americans who served in the military — including state Rep. Derrick Johnson. “He was the true epitome of what military leadership or leader just in general, understanding duty, honor and country,” Jackson said. 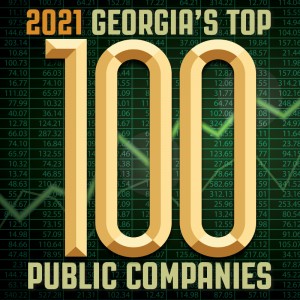 Staff reports, last year – and this year as well – was marked by the challenges and tragedies of a pandemic and recession, though many Georgia businesses have displayed remarkable resilience and continue to thrive. The state remains atop lists of the best places in the country to do business.

Matt Kempner reports, waves of price increases are expected to douse many Georgians who pay electricity and natural gas bills in the coming months. One crucial reason: surging prices for natural gas that heat homes, water, stoves and ovens.

Clark Leonard reports that the University of North Georgia (UNG) has received approval from the University System of Georgia (USG) Board of Regents to launch a nexus degree in applied gerontology with a concentration in family caregiving. The academic program, set to launch in fall 2022, is part of UNG’s Institute for Healthy Aging.

Staff reports that Clayton County economic developers have a new tool to make it easier for businesses and industries to find the right location for investment. Clayton County, representing seven municipalities and their surrounding regions, has launched AdvanceClayton.com, a web portal designed with innovative GIS software that combines location, demographic, business and economic data to serve as a primary resource for business recruitment, expansion and retention.

Alan Mauldin reports that the Dougherty County Commission took action Monday on a proposal that could provide broadband internet connection to up to 90 percent of residents in unincorporated areas. “We’re predicting 3,116 new customers” could be reached through the project, Jeremy Brown, project engineer for the county’s Public Works Department, told commissioners at a Monday meeting.

David Pendered reports that Smyrna is poised to go against the grain in its efforts to retool its award-winning smart growth design of the downtown district. Smyrna intends to remove a traffic circle and fountain that helped the city win a 1997 award from the Urban Land Institute.

Joe Adgie reports that Drew Ferguson, along with the other Republican members of the Ways and Means Committee of the U.S. House of Representatives, has introduced the Prohibiting IRS Financial Surveillance Act. The bill is in response to a proposal that would require banks and other financial institutions to provide the IRS with details and data on the accounts of customers who deposit or withdraw more than $600 annually.

Diane Wagner reports, with six months to go before the primaries for Northwest Georgia’s congressional race, candidates are focused on fundraising. U.S. Rep. Marjorie Taylor Greene of Rome has seen two new Republican challengers take to the field since the last round of campaign finance reporting.

Dave Williams reports that U.S. Rep. Carolyn Bourdeaux raised more than $733,000 during the third quarter, the Suwanee Democrat’s campaign reported Friday. Combined with earlier fund-raising, that brought her total to more $2 million for this election cycle and left her campaign with $1.7 million cash on hand as of Sept. 30, according to a report filed with the Federal Election Commission.

Ty Tagami reports that the leader of Georgia’s education department has begun campaigning for a third term in office, and may face at least two challengers during the primary and general elections next year. Richard Woods, in his seventh year as state school superintendent, said he started campaigning in the spring but was held back by an aggressive case of COVID-19 in July.