Gov. Kemp warns of another possible surge in COVID-19 in Georgia this winter

Staff reports that Gov. Brian Kemp issued a strong warning to Georgians: Expect to see another surge in COVID-19 cases and hospitalizations this winter, probably coinciding with the holidays. Kemp and Georgia Department of Public Health Commissioner Dr. Kathleen Toomey held a news conference Thursday morning urging people to get vaccinated and to get the booster shots if they are eligible. 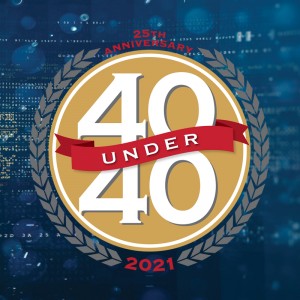 Staff reports, this year Georgia Trend is celebrating 25 years of honoring the state’s best and brightest with our 40 Under 40. And this year, like the others, the winners leave us awed and inspired.

Kelly Yamanouchi reports that residents of Paulding County who sued to prevent airline flights at their local airport have reached a settlement in which the county agrees not to commercialize the airport for 25 years. The move concludes a years-long legal battle that has roiled county politics since 2013, when New York developer Propeller Investments announced a plan to expand the Paulding Northwest Atlanta Airport and bring in airline service.

Mark Rice reports that Georgia needs more than 2,000 additional primary care physicians to meet the national average ratio per state population, according to the Emory University School of Medicine. Aflac CEO Dan Amos and his wife, Aflac Foundation president Kathelen Amos, of Columbus, are helping to meet that need.

Staff reports that Georgia’s territorial waters will re-open to commercial and recreational oyster harvest effective 7:00 a.m., Friday, October 1, 2021. This was after Commissioner Mark Williams announced in May that oyster harvest in state waters would close at 6:00 a.m., Tuesday, June 1, 2021 through midnight on Thursday, September 30, 2021.

Dave Williams reports that Georgia Power is getting closer to launching its first foray into a revolutionary new source of energy generation. The state Public Service Commission (PSC) next week will consider a proposed demonstration project to evaluate the technical and economic feasibility of generating power through battery storage.

Trevor Williams reports that the German-American Chamber of Commerce of the Southern U.S. Inc. is moving its offices to Atlantic Station, another example of an internationally focused organization finding new digs after the real-estate disruption wrought by the pandemic. The chamber announced its new address on the 17th floor at 271 17th Street in an email notice Thursday to members and supporters.

Andrew Shearer reports, after a hiring fair at the Classic Center over the summer, the Athens location for Bitty & Beau’s Coffee held its grand opening on Sept. 11 at 1540 S. Lumpkin St., and business has been steady according to company co-founder Amy Wright. Wright told the Banner-Herald that more than 20 individuals with intellectual and developmental disabilities (IDD) were hired for the Athens franchise, which is owned by Diana and Mike Langhorne.

Will Peebles reports that Georgia 1st District Rep. Buddy Carter was presented last week with the Congressional Clean Energy Champion Award for being “tremendously supportive of clean energy efforts.” Carter was named the winner on Sept. 22 by Conservatives for Clean Energy, a North Carolina-based organization.

Tia Mitchell, Patricia Murphy and Greg Bluestein report that there are serious issues on the table in Capitol Hill and the threat of a government shutdown at midnight, and we’ll get to all of that later in today’s Jolt. But Wednesday night, dozens of members of Congress came together for some fun in the name of America’s pastime and charity.