Maria Saporta reports that Georgia Power and its foundation will invest $15 million a year for the next five years to help advance racial equity and social justice efforts in Georgia – an effort that will total of $75 million. The funding will support initiatives focused on education equity, criminal justice and economic empowerment. 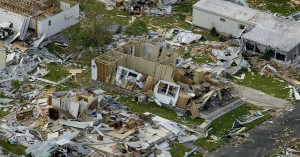 Mary Ann DeMuth reports, in October 2018, Hurricane Michael roared across Southwest Georgia with wind gusts over 100 mph. Homes, crops and about a fifth of the state’s pecan trees were devastated. As the 20-county region continues to bounce back from the once-in-a-century storm, the Georgia Department of Community Affairs (DCA) and the Technical College System of Georgia (TCSG) have teamed up to further support economic development.

Kelly Yamanouchi reports that it’s been 12 days since the Colonial Pipeline’s operations restarted after a cyber attack, and gas supplies in Georgia are still in recovery mode. About 34% of stations in metro Atlanta were still without fuel early Monday afternoon, according to the crowdsourcing app GasBuddy.com.

Grace Donnelly reports, as interest in electric vehicles grows in the U.S., Georgia continues to draw companies working in the industry. Electric vehicle charging company Heliox chose to base its North American headquarters in Atlanta because the city provides proximity to many of its customers, which include manufacturers of electric vans, buses and trucks.

USDA Debt Aid For Some Black Farmers Leaves Others Waiting

Grant Blankenship reports that next month, some Black farmers will be able to access part of $4 billion set aside for debt cancellation. Details about the plan were shared with about 100 present and former farmers at a press event at Fort Valley State University last weekend.

Staff reports that one of the best places to experience NASCAR — inside Atlanta Motor Speedway’s oval as a pack of stock cars rumbles by — will be back open to tent and soft-sided pop-up campers during the July 10-11 Quaker State 400 Presented by Walmart weekend.

Ross Williams reports that a federal judge in Atlanta struck a major blow against a Georgia law that bans people who boycott Israel from entering into contracts with the state. Judge Mark Cohen ruled that the University System of Georgia violated the First Amendment rights of journalist Abby Martin in 2019 when it withdrew an invitation for her to speak at Georgia Southern University because Martin refused to sign a document pledging not to boycott Israel.

After years of delays, boosters of planned Georgia spaceport hope end is near

Maya T. Prabhu reports that supporters of a rocket launchpad off the coast of Georgia say they are confident their years-long attempt to gain federal approval will soon pay off. The Federal Aviation Administration is expected to release a final environmental impact statement this month — a draft of which was first made public in 2018 — and approval would clear the way to grant a license to operate the proposed Spaceport Camden.