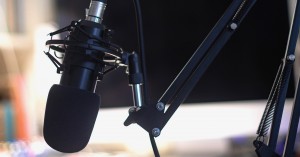 Assisting small businesses in Atlanta and beyond

Mary Ann DeMuth reports that according to the U.S. Small Business Administration, there are more than a million small businesses in Georgia, representing over 99% of all companies in the state. Coming out of the pandemic, a number of resources are available to help owners bounce back.

Staff reports that the Georgia Department of Labor (GDOL) announced today that Georgia’s unemployment rate dropped another 0.2 percentage points to reach 4.3 percent in April.  In April, the labor force was up 11,336 to reach a total of 5,172,407, and was up by 186,000 since the beginning of the pandemic.

Michael E. Kanell reports that the economic snapshot released Thursday was pretty confusing: Georgia’s unemployment rate dipped, which is good, but a separate survey showed the state losing jobs, which is bad. The contradictory signposts came from different government surveys, the kind of data discord that often accompanies a transition, when the economy is either braking into a recession or gearing up for strong growth.

Trevor Williams reports that South Korean President Moon Jae-in is scheduled to visit Georgia this weekend to survey progress on the SK Innovation electric-vehicle battery plant, according to Korean sources. The visit will come after Mr. Moon’s summit with President Joe Biden in Washington Friday, where the leaders are expected to discuss a range of issues from North Korean denuclearization and Chinese aggression to economic cooperation.

Hunter Riggall reports that Belgium-based UCB, a multinational biopharmaceutical company, is in the midst of a $47.5-million expansion of its 47-acre North American headquarters in Smyrna. The expansion of its campus will add 60,000 square feet and bring its Smyrna workforce from 425 employees to more than 500.

Emily Jones reports that Georgia shrimpers took a hit last year due to COVID-19. Now, high gas prices are slowing their recovery. As restaurants closed and limited capacity in 2020 because of the coronavirus, they bought less shrimp.

Molly Samuel reports that a federal judge is blocking a plan by the U.S. Army Corps of Engineers to dredge shipping channels on the Georgia coast this summer, after state officials and environmentalists objected, saying the dredging was likely to kill nesting sea turtles. On Thursday, U.S. District Judge Stan Baker issued a preliminary injunction, prohibiting the Corps from using the kinds of dredges that are deadliest to sea turtles near Brunswick until mid-December.

Riley Bunch reports that the federal government has ordered the U.S. Immigration and Customs Enforcement to stop detaining immigrants in the Irwin County Detention Center. The U.S. Department of Homeland Security Secretary Alejandro Mayorkas ordered ICE to “as soon as possible” to sever its contracts with the detention center in Ocilla, according the records obtained by The Washington Post.

Ross Williams reports that Acworth Republican state Rep. Ed Setzler hosted a special called meeting of the House Science and Technology Committee Thursday to consider if the state can or should do anything about technology platforms allegedly censoring users’ free speech. The hearing was not associated with any specific bill.

Dave Williams reports that the chief of the Georgia Department of Transportation will be getting a $100,000 raise making him the third-highest paid unelected agency head in state government. The State Transportation Board voted unanimously without discussion Thursday to increase Commissioner of Transportation Russell McMurry’s annual salary from $350,000 to $450,000, representing a nearly 29% raise.

Greg Bluestein and David Wickert report that Transportation Secretary Pete Buttigieg is set to visit Atlanta on Friday to promote President Joe Biden’s $2.3 trillion infrastructure as the White House tries to build traction behind a transformative package that has sharply split Georgia politicians.