Staff reports, Governor Brian P. Kemp announced on Monday that Danimer Scientific, a leading developer and manufacturer of biodegradable materials, plans to invest $700 million in expanding their Bainbridge manufacturing operations, nearly quadrupling their workforce in Decatur County. On March 16, Danimer and Mars-Wrigley announced a partnership to develop an innovative home compostable packaging, with SKITTLES® as the brand’s first product to use the new packaging. 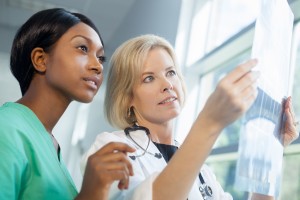 Learning in the Technological Age

Julia Roberts reports, technology is a true wonder – allowing us to communicate with each other from across the country, to send documents at the touch of a button, and to provide access and opportunity for employers, workers, educators and learners to create an experience that works for them.

Nancy Guan reports, after its busiest February ever, the Georgia Ports Authority Board on Monday approved $205 million for capital improvement projects that will increase the Port of Savannah’s container capacity by 20%. This would bring a total annual capacity of 4.7 million 20-foot equivalent container units (TEUs) to more than 6 million.

These 12 manufacturers are expanding in Hall County

Jeff Gill reports, transporting goods may have gotten the local industry headlines in 2020, especially with Amazon’s arrival in South Hall, but making things is still big business in Hall County. That’s been highlighted recently with an announcement by Cottrell, a Gainesville-based maker of over-the-road car haulers and equipment, that it is planning to invest $125 million in a 500,000-square-foot plant in the city’s new 1,300-acre Gainesville 85 Business Park.

Jill Nolin reports that Georgia’s governor is pressing forward with a limited – and now uncertain – expansion of Medicaid coverage as supporters of fully expanding the program’s eligibility are championing new federal incentives. The sweetened deal, which is baked into the latest round of coronavirus relief, targets the remaining 12 holdout states like Georgia that did not expand Medicaid under the Affordable Care Act. 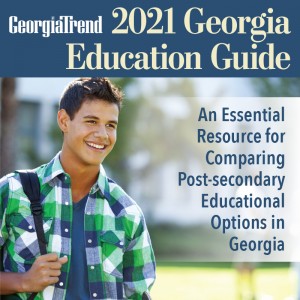 Georgia has excellent colleges and universities. For information about them, including programs, degrees and certificates offered, dig into Georgia Trend’s Education Guide!

Fenly Foxen reports that House Bill 218 passed the Georgia Senate by a vote of 34-18 Monday. The bill’s author is Rep. Mandi Ballinger and allows any legal gun owner from another state to carry their weapons in Georgia, even if their home state has a different set of license standards.

Jill Nolin reports that state lawmakers are trying to scale back a law that they passed just last year in hopes of cracking down on the sludge that was being passed off in some areas as a soil aid. But some GOP lawmakers say an oversight got through during the frenzied end of last summer’s mid-pandemic session when they did not put limits on the power of local officials to put distance between their residents and the obnoxious smells compromising their quality of life.

Beau Evans reports that legislation to expand state-funded scholarships for special-needs students to attend Georgia private schools cleared the General Assembly Monday. The bill, sponsored by state Sen. Steve Gooch, R-Dahlonega, passed nearly along party lines in the Senate in the face of critics who called it a workaround for controversial private school vouchers.

Beau Evans reports that Georgia Senate on Monday passed a repeal of the state’s citizen’s arrest law that bans people from detaining suspected criminals unless they are business owners on their private property. Passage of the repeal bill, sponsored by state Rep. Bert Reeves, R-Marietta, marked another step toward finally ending a practice in place since the Civil War that was condemned after the shooting death of Ahmaud Arbery last year.