Maria Saporta reports that Peter Carter, the 2020 chair of the Georgia Chamber of Commerce, described it best. “It was a year like no other,” Carter said in a recent telephone interview. As the chief legal officer of Delta Air Lines prepares to give the reigns to 2021 Chair Teresa White, Carter said Georgia’s business environment remains strong despite all the turmoil brought on by the COVID pandemic, racial unrest and a pivotal election year in Georgia. 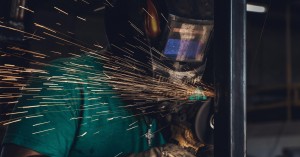 Mary Ann DeMuth reports that when it comes to manufacturing and other industry expansions, the new year finds Georgia firing on all cylinders. Just before the holidays, the Georgia Department of Economic Development and the Governor’s office announced 812 new jobs and more than $45.5 million in economic development projects – all outside of Metro Atlanta, in five regions.

Michael E. Kanell reports that for eight years after the Great Recession, home prices in metro Atlanta climbed steadily but slowly. Since mid-summer, they have been soaring. Thank the pandemic.

Curt Yeomans reports that Suwanee-based Annandale Village Assessment and Curriculum Coordinator Sandy Weaver is one of Georgia Trend Magazine’s Georgians of the Year. The magazine, which normally only choses one Georgian of the Year, opted to name a group of people — collectively called “COVID Heroes” — to the honor this year.

Andy Miller reports that county health departments are being overwhelmed by requests for the shots – so much so that Monday’s official launch of vaccine availability for seniors, police, firefighters and first responders hit immediate snags. A CDC website Monday showed Georgia with a vaccination rate for the initial dose of Pfizer or Moderna vaccine at 1,346 per 100,000 residents, last among the states.

Dave Williams reports that COVID-19 and last week’s storming of the U.S. Capitol loomed large in the Georgia General Assembly Monday as lawmakers were sworn in to begin the 2021 legislative session. Eleven new senators and 20 new House members took the oath of office, as the two chambers – still controlled by Republicans following the November elections – elected their leaders for the next two years.

James Salzer reports that a superior court judge ruled a voting registration group founded by Stacey Abrams should turn over bank records to state ethics investigators who say it advocated for her election as governor in 2018 without registering as a campaign committee or filing disclosures showing how much it raised or spent. The New Georgia Project is no longer Abrams’ organization, but it is one of several targeted by David Emadi, executive secretary of the state ethics commission, who is looking into whether groups were part of an effort to help the Democratic nominee win the governor’s race in 2018.