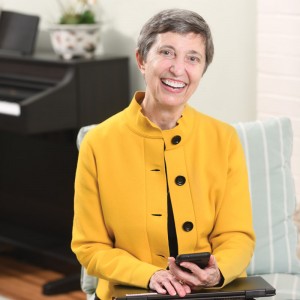 Ann Cramer’s phone rings a lot. That’s not surprising – her nickname could be the Great Connector. Throughout a storied career at IBM that saw her both champion and define the very idea of corporate social responsibility, an equally renowned avocation for volunteering (she chaired the volunteer force for the 1996 Olympics and has led countless nonprofit boards) and a dedication to faith dating back to her confirmation at age 12, she’s brought people together.

The pleasant surprise is that she answers and usually says yes – yes to another project, to making an introduction or to providing advice. “I’ll say yes all the time,” she says. “Sometimes I think, why did I say yes? I should have thought about it for a minute!” And then she laughs her joyous laugh, because yes is just the way she lives.

It springs from a fiercely held mission statement she claimed during her confirmation class in the Episcopal Church in Jacksonville, Fla., as a young girl: “Really, all you’re asked to do is love,” she says. “I just adopted that. … I really do believe everyone does have [love] within them. So therefore I want to be a part of a world in which every child can grow up safe, healthy, educated, connected … and therefore employable, which means they are a contributing person in our world. So it becomes a full circle of love.”

With faith as her foundation, her profession and volunteer work are how she expresses that mission. A math major, Cramer joined IBM out of college because, at the time, female students were expected to be a “nurse or teacher or receptionist, or have a ring. I didn’t have the patience to be a teacher. I loved physics, not chemistry, so I didn’t want to be a nurse. I couldn’t sit all day to be a receptionist. And I didn’t have a ring.”

A job as a systems engineer at Big Blue was a perfect fit, as was a move to Atlanta in 1968. Cramer found the city open to outsiders and dove into the Junior League and St. Luke’s Episcopal Church, finding volunteer opportunities with both. “The three converged in a way that created life choices that were amazing,” she says. She met her husband, Jeff, on the streets of Little Five Points – where she’d slip out of her jacket and leave the office to work with runaways and hippies, she says, then go back to IBM – and the couple still lives there in a house they bought in 1972.

Cramer was tapped for the United Way campaign at IBM and remembers stationing her infant daughter under the table at meetings, much to the bewilderment of the other attendees (all men). She kept “showing up” and minding her 5 Ps: presence, participation, professional skills, passion and philanthropy. “I’m a big serendipity and intersection person,” she says, and the way these experiences came together created an “amazing path.”

After some time away from IBM to raise her daughter – she still served as Junior League president, was appointed to a board by Gov. George Busbee and fielded calls from IBMers who wanted to connect with Coretta Scott King or the Carters – serendipity struck again. In 1989 when Atlanta won the right to bid for the 1996 Games, the head of the Atlanta office of IBM reached across the table at a United Way meeting and asked: “Would you ever come back to work?” She said yes, and even got her same employee number back.

That launched her on a path to define and shepherd corporate social responsibility (CSR) before it was mainstream. IBM had always been charitable, Cramer says, believing that you deliver on your promise to the client, treat all people with dignity and care about the communities in which you serve. Those foundations “aligned with who I am,” she says. From her position as director of corporate citizenship and corporate affairs for the Americas, she helped evolve CSR from charitable giving to being fundamentally socially responsible.

And she’s still shaping companies, organizations and individuals after retiring from IBM in 2012 and joining Coxe Curry & Associates, where she consults with nonprofits on board development, volunteer engagement, fundraising and corporate relations. Among her many recognitions are the U.S. Chamber of Commerce’s first Lifetime Achievement Award for Corporate Citizenship and the Atlanta Business Chronicle’s first Corporate Social Responsibility Lifetime Achievement Award.

“When I talk to people, I always ask if you’ve found your ikigai,” she says, using a Japanese word that means something like “reason for being” or as Cramer defines it, “how to live your life more fully and broadly.” For her, the answer came at 12 years old and has been the work of a lifetime.

“The greatest gift we give our children is roots and wings,” she says. “A rootedness to know where their base function is. And then the fluidity and flexibility to fly.” She’s mastered both, and hopes to keep on passing them on – that’s why she’s still saying yes. – Kenna SImmons 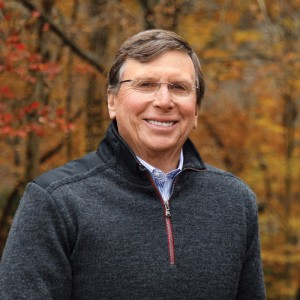 Can you tell I’m a fan?” jokes Nancy Rigby, speaking about her boss, James “Jim” Cox Kennedy, chair of Cox Enterprises and the James M. Cox Foundation. “He’s a normal guy who is modest, feels grateful and wants to help other people.”

Rigby is president of the Cox Foundations, overseeing the eight Cox family philanthropies; the James M. Cox Foundation is the largest.

She notes that when Kennedy took the helm at Cox Enterprises in 1988, it was a $1.8 billion company in annual revenue. Today, Cox Enterprises includes companies in the media, communications, automotive and healthcare industries. “It’s now more than $21 billion,” she says. “He dedicated his life to building that business. And along the way, he was a championship athlete and involved in community activities. He’s always been a part of important initiatives to make Atlanta and Georgia better.”

After graduating from the University of Denver with a business degree, he raced motocross in the U.S. and Europe. It wasn’t until he was a year out of college that he thought, “This is fun, but it’s not a career.” He called his uncle Jim Cox in Atlanta, who offered him a job in the Atlanta Journal-Constitution’s production department.

“It was fascinating to me, understanding the factory side of producing a newspaper,” says Kennedy. “I was involved when we first converted to cold type from hot metal printing.”

He also proved he was there to work – on Christmas Eve, night shifts, whenever someone needed him.

“I wasn’t just there for a handout,” he says.

Once management realized he wasn’t leaving, they moved Kennedy into positions throughout the organization – selling ads, writing headlines, even working as a reporter. He got to know the company and the community and in 1988, when his stepfather resigned, Kennedy became CEO of Cox Enterprises at age 40.

“It was a big step but one I was prepared to take and thought I might be ready for,” he says. “But I’d be less than honest if I didn’t say I was frightened.”

“Whether it’s training for a bicycle race or running a business, you tend to train up a good bit, so you don’t mess up when you have a healthy dose of fear.”

Kennedy says he was “bullish” on investing in cable television. His decisions transformed Cox Enterprises from a media company to a conglomerate. If that were all Kennedy did, that would be plenty, but his philanthropic endeavors have been just as remarkable.

In the past nine years, the James M. Cox Foundation has tripled in size through contributions that Kennedy has led from Cox Enterprises. The foundation has three primary focus areas: education, healthcare and sustainability.

Kennedy helps direct the ship, coming up with ideas, prioritizing and strategizing. Two organizations where the Cox Foundation has played a critical role are the PATH Foundation and Emory University’s Woodruff Health Sciences Center.

Both Kennedy and his wife Sarah serve on the board of the PATH Foundation, which has built 300 miles of biking and walking trails in Metro Atlanta. She has led every annual campaign and he has led every capital campaign since 1995.

In 2015, the Cox Foundation gave its largest gift ever, $25 million, to Emory’s Woodruff Health Sciences Center to launch new patient-centered care models designed to improve patient experiences and outcomes, an outgrowth of his battle with prostate cancer. Kennedy was interested in getting at the “wheel-spinning,” trying to find ways to help doctors, nurses and technicians do what they do more efficiently.

Researchers called it the “Kennedy Initiative,” and though prostate cancer care was the initial clinical focus of the model, Emory reports that it now manages hospitals better because it has better access to real-time data.

“I talked with the head of Emory, and he said it’s even helped them as they dealt with COVID,” says Kennedy. “I’m proud of our involvement and that we’ve moved the needle.” – Patty Rasmussen

MBAs of the Future?