The good news on Moderna’s vaccine trial resonates in Atlanta

Andy Miller reports, “Relief. Excitement. Hope. A fantastic day for all of us.’’ That’s how Dr. Colleen Kelley of Emory University School of Medicine described her reaction to preliminary results announced Monday by the biotech company Moderna about its COVID-19 candidate vaccine. 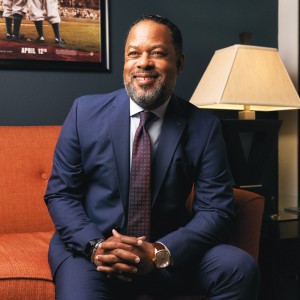 Michael E. Kanell reports that in a deal worth an estimated $8 billion, Home Depot has agreed to buy HD Supply Holdings, an Atlanta-based distributor of industrial products for businesses and apartments buildings. HD Supply, which has about 5,500 employees, was originally part of Home Depot.

A global health innovation district to be developed in Midtown

Maria Saporta reports that a constellation of Georgia-based global health entities has zeroed in on a Midtown tower to serve as the center of Atlanta’s Global Health Innovation District. The Center for Global Health Innovation is in the final stages of negotiations to move to Tower Square, the former AT&T Building (and before that Southern Bell and BellSouth) that sits on top of the North Avenue MARTA Station.

Staff reports that a global logistics company has opened a new facility in Austell that brought about 200 jobs to Cobb County, according to the county chamber of commerce. OSM Worldwide, a Chicago-based logistics company, opened at 7801 Third Flag Parkway, off Six Flags Road near Austell, the Cobb Chamber of Commerce announced.

Dave Williams reports that supporters say the first legislation pre-filed in advance of the 2021 General Assembly session would strike a blow for free speech on Georgia college campuses. But opponents say the “Forming Open and Robust University Minds (FORUM) Act” could lead to discrimination.

Raffensperger fires back against Trump’s false claims about Georgia elections

Will Peebles reports, after a barrage of unfounded claims from President Donald Trump questioning various aspects of Georgia’s voting system, Georgia Secretary of State Brad Raffensperger fired back. In a series of Facebook posts from the Secretary of State page, Raffensperger, a Republican, addressed claims about the makers of the state’s election system, Dominion, as well as claims made by the president about Georgia’s recount and absentee ballots system.

Matthews Choi reports that Georgia’s top elections official said on Monday that Sen. Lindsey Graham implicitly proposed he toss out legally mailed ballots in the state, as Republicans seek ways to sway election results in President Donald Trump’s favor. Speaking with CNN’s Wolf Blitzer on Monday evening, Secretary of State Brad Raffensperger said the South Carolina Republican asked whether he could check signatures on mail-in ballots during Georgia’s recount and use a high frequency of mismatches to justify throwing away mail-in ballots in certain counties.

Tia Mitchell and Greg Bluestein report that Vice President Mike Pence is headed to Georgia on Friday to promote Republican U.S. Sens. David Perdue and Kelly Loeffler ahead of Jan. 5 runoffs that will decide control of the U.S. Senate. Pence will campaign with the incumbents in two of the most important Republican strongholds in the state: A 12:30 p.m. stop in Canton and a 3:15 p.m. event in Gainesville, both north Georgia areas where GOP candidates aim to build big advantages to offset Democratic gains in metro Atlanta.