Stephannie Stokes reports that after the presidential race was called Saturday, thousands in Atlanta took to the streets to celebrate the victory of President-elect Joe Biden. Among them was an especially proud group: members of the historically Black sorority Alpha Kappa Alpha. 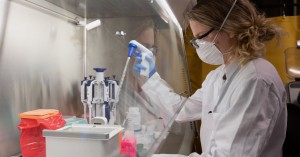 Mary Ann DeMuth reports, as the number of coronavirus cases continues to climb in Georgia and throughout the nation, Georgia Tech has found a way to limit daily case counts to the single digits on its Atlanta campus. Launched in August, the university’s saliva-based testing program was developed by its own researchers.

Trevor Williams reports that Atlanta aerospace startup Hermeus has raised a $16 million Series A funding round to help develop the world’s first commercial hypersonic jet, a bid to fundamentally change the speed at which the global economy moves.

Andrea Jones reports that Phil Ventimiglia, Georgia State’s chief innovation officer, has received a 2020 CIO of the Year® ORBIE® Award in the public sector category from GeorgiaCIO. The ORBIE, the premier technology executive recognition program in the country, honors chief information officers who have demonstrated excellence in technology leadership.

Will Georgia’s fledgling oyster industry sink before it swims?

Nancy Badertscher reports, when man who wants to put more oysters on restaurant platters says Georgia lawmakers may be trying to put a lid on his business. When Bob Rheault, executive director of the East Coast Shellfish Growers Association, saw legislation written to legalize oyster farming in Georgia, he said his first thought was: “They don’t really want an industry, do they?”

Larry Hobbs reports that the discordant grind of heavy chains ripping through thick steel began with barely a notice around noon Friday, quietly marking the long-awaited showdown in the sound between the gargantuan VB 10,000 and the massive shipwreck of the Golden Ray. The huge crane vessel’s initial cut into the 656-foot-long overturned ship in the St. Simons Sound projected only a distant industrial hum and occasional echoes of banging and clanging to those gathered along the waterfront.

How Joe Biden turned Georgia purple: A closer look at the campaign in a battleground state

Adam VanBrimmer reports, one week before the 2020 election, Joe Biden made a campaign stop in Georgia. He passed on the usual Democratic must-visits. He didn’t dine at Paschal’s soul food restaurant in Atlanta or speak from Martin Luther King, Jr.’s pulpit at Ebenezer Baptist Church.

Beau Evans reports that Republican leaders in Georgia delivered different responses Friday to President Donald Trump’s claims of voting irregularities and attacks on the state’s election integrity as his lead in the Peach State slipped away to Democratic challenger Joe Biden. Charged by the president with overseeing “an election apparatus run by Democrats,” Gov. Brian Kemp, Lt. Gov. Geoff Duncan and Georgia House Speaker David Ralston – all Republicans – called for investigations into any voter-fraud allegations.

Ross Williams reports that Georgia Democrats didn’t get the big blue tsunami they were hoping for on Election Day, but they did plant a flag in the once reliably red northern Atlanta suburbs of Cobb and Gwinnett counties. These counties elected Democrats to offices up and down the ballot, sending two Democratic Congresswomen to Washington in an otherwise gloomy congressional election for the party.

Biden swung Georgia left. Now Democrats are racing to do it again.

Elena Schneider reports that Georgia Democrats have been talking up their state as a battleground for years. Republicans have been scoffing at the idea for just as long. Now, both parties are racing to figure out exactly how it swung left in 2020 — and whether it can happen again in just nine weeks.

Greg Bluestein reports that they are party figures and powerbrokers, local legislators and activists, high-powered lawyers and civil rights veterans. And if President-elect Joe Biden’s lead in Georgia stands, they’ll be charged with casting the state’s 16 electoral votes for the Democrat.