Gordon Jackson reports that Georgia’s private sector saw an increase of 28,000 jobs in September as the state continues to recover from the coronavirus pandemic. State labor commissioner Mark Butler said there are many employment opportunities for those seeking a new job.

How adversity is affecting Georgia’s nurses

Mary Ann DeMuth reports, during the coronavirus pandemic, the contributions of many essential workers have been in the spotlight. Nurses are among the biggest heroes to be applauded. And it appears interest in the profession has increased in Georgia in spite of over-flowing intensive care units, rising death rates and dwindling stocks of personal protective equipment (PPE).

Matt Kempner reports that Tab, Coca-Cola Co.’s original diet soft drink, is about to be history. Born in 1963 in an era of full-sugar drinks and originally aimed just at women, Tab became a pop culture touchstone.

Alan Mauldin reports that Georgia state Rep. Gerald Greene has been named a “champion for rural Georgia” by the Georgia Resource, Conservation and Development Association. The Cuthbert Republican was honored by the association during its October meeting.

Jeff Gill reports that Griff Lynch, the Georgia Port Authority’s executive director, will present an update on the agency’s latest developments in infrastructure and trade during a virtual State of the Port address. The free online event will begin at 11 a.m. Thursday, Oct. 22.

Crystal Edmonson reports, with about two months left in his term as head of one of the world’s largest agriculture equipment companies, Martin Richenhagen reflects on supporting the world’s farmers, diversity and inclusion, horses and his plans for the future. Richenhagen is chairman, president and CEO of AGCO Corp.

David Pendered reports, the Atlanta BeltLine’s most dramatic influence on the city’s growth and decline appears in two areas of Northwest Atlanta. Since 2000, population has dropped by 16 percent south of the future Westside Park, and more than doubled west of Atlantic Station, according to an Oct. 14 report on equitable development along the BeltLine.

Jennifer Rainey Marquez reports that one of Atlanta’s greatest natural resources is the Chattahoochee River and the woodlands and wetlands that surround it. Yet it’s easy to forget that the river even exists. 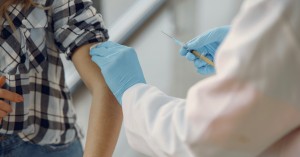 Mary Ann DeMuth reports, the Georgia Dept. of Public Health (DPH) has launched a campaign urging state residents over the age of six months to get a flu shot this year. According to Dr. Kathleen Toomey, DPH commissioner, getting an influenza vaccination will help protect people from getting sick with the yearly flu or reduce its severity and risk of complications.

Ross Williams reports that more than 1.4 million Georgians cast ballots in the first week of early voting in the 2020 general election so far, more than a third of 2016’s total turnout, and more than two weeks remain until voting ends Election Day. Last Monday, nearly 127,000 Georgians cast their ballot, breaking the record for first day early voting in Georgia history.

Stephen Fowler reports that a Georgia Public Broadcasting/ProPublica analysis found Georgia’s voter rolls have grown by nearly 2 million voters since 2012 while the number of polling places has dropped by about 10%.

Dave Williams reports that rural Georgians from business owners to teachers to elected officials know one of the region’s biggest challenges is inadequate internet connectivity, particularly amid a pandemic that is forcing people to stay home. But the lack of population density in rural areas and high rates of poverty are combining to make extending high-speed broadband service into rural communities a daunting task.

In Georgia’s bellwether Peach County, divide over pandemic and president trumps all

Greg Bluestein reports that the end of a dusty gravel road lined by pecan trees and a Joe Biden campaign sign, Randy Goss stood waiting for a visitor with a sage piece of local wisdom: “So goes Peach County, so goes the nation.” The 33-year-old Democratic activist is right.