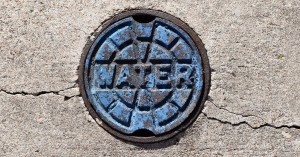 Mary Ann DeMuth reports, from the city of Ambrose in South Georgia’s Coffee County to Warrenton in the eastern part of the state, 58 Georgia communities are receiving nearly $41 million in federal assistance to help boost their economies. The funding comes from the U.S. Dept. of Housing and Urban Development and is administered by the state Department of Community Affairs (DCA) through its Community Development Block Grant program.

Kelly Yamanouchi reports that UPS is offering buyouts to some of its management employees to trim its workforce. The Sandy Springs-based shipping giant called the voluntary severance offers “part of its transformation” to become “a stronger, more agile UPS.”

Business giant near Okefenokee Refuge fights back against planned mining

Mary Landers reports that you can’t mine on land without the owner’s permission. This basic property right appears to be a stumbling block for Alabama-based Twin Pines Minerals, which has proposed plans to mine for titanium and zircon on 898 acres in Charlton County near the Okefenokee National Wildlife Refuge.

New Unemployment Benefit Arrives, But Some Film Workers Left Out

Ross Williams reports that over a half million Georgians have received their first federal unemployment insurance supplement in more than a month this week as the state Department of Labor disburses $463 million under the Lost Wages Assistance program. The program’s up-to $300 weekly payments replace the now-defunct enhanced unemployment payment through the CARES Act, which offered an extra $600 until it expired at the end of July.

Pratt & Whitney’s parent company to layoff 15,000 workers. What does that mean for Columbus?

Nick Wooten reports that Pratt & Whitney’s parent company announced 15,000 jobs would be cut this year at the American aerospace manufacturer and its other subsidiaries, but declined to provide details on how it may affect its Columbus plant.

Andy Miller reports that hospitals in the United States are charging private insurers 2.5 times what they get paid under the government Medicare program for the same services, according to a study released Friday. In Georgia, hospitals charge private insurers even higher rates, at nearly three times Medicare reimbursements, the RAND Corp. study found.

Businesses in Georgia getting involved in election process

Staff reports that businesses across the state of Georgia are rallying together to lend a hand for a smooth, safe, accessible election experience in 2020. In an election year that is facing a record number of voters, COVID-19 challenges, and the implementation of new voting machines in Georgia, election officials welcome the support from the business community.

Greg Bluestein, Jim Galloway and Tia Mitchell reports that U.S. Rep. Doug Collins called on FBI Director Chris Wray, a fellow Georgian, to resign after he split with President Donald Trump by testifying before a House committee that he believes racial extremists pose the greatest domestic terror threat and describing antifa as an ideology, not an organization.