Stephen Fowler reports, after nearly 16 years, Georgia once again has a hate crimes law on the books. Flanked by Democrats and Republicans from both chambers, Kemp signed HB 426 into law Friday afternoon at the Capitol. 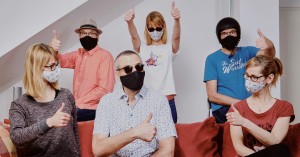 Answer the call for contract tracing

Mary Ann DeMuth reports, with the state reopening and more people getting together, the likelihood of spreading the coronavirus increases. To help combat this spread, the Georgia Department of Public Health (DPH) is rolling out a campaign promoting the Healthy Georgia Collaborative.

Fourth of July could see travel bump despite restrictions, uncertainty

Kelly Yamanouchi reports that after months of staying home, many Americans are itching to get away during the Fourth of July holiday, likely bringing a bump up in travel, particularly short trips by car.

Water wars ratchet up with this latest salvo from Georgia lawyers

Jeff Gill reports that Georgia is asking the U.S. Supreme Court to effectively end a longstanding “water wars” battle by denying Florida’s request for “an equitable apportioning of waters” in the basin containing Lake Lanier. “After more than six years of litigation, it is now clear that Florida’s case was built on rhetoric and not on facts,” Georgia’s lawyers stated in a document Friday, June 26.

Staff reports that Free Home Elementary School teacher Keith Furstenberg is the Georgia winner of the national Sanford Teacher Award, which includes a $10,000 prize. He now advances to be considered for the national title and a $50,000 prize.

Larry Hobbs reports that the champion of Georgia’s treasured marshlands will once again keep careful watch over this pristine ecosystem, if only in spirit. Several dozen folks turned out Friday morning at the state Department of Natural Resources’ docks In Brunswick for the christening of the R/V Reid W. Harris, the new research vessel that will take the lead in monitoring and protecting the region’s most vital resource.

Staff reports that Georgia Department of Transportation awarded 32 construction contracts for statewide transportation projects totaling $58,534,346 in May. The largest single awarded investment, worth approximately $6.3 million, was awarded to Oxford Construction Company to construct 0.578 mile of three bridges and approaches on State Route 37 over Pachitla Creek and overflows in Calhoun County.

Beau Evans reports that new scrutiny will be applied to tax credits that relieve film companies from having to pay billions of dollars annually in Georgia under legislation that passed out of the General Assembly Friday. House Bill 1037, by Rep. Matt Dollar, R-Marietta, would require all film productions located in Georgia to undergo mandatory audits by the Georgia Department of Revenue or third-party auditors picked by the state agency.

Restaurants on the Front Line

Krista Reese reports, like so many of her colleagues in the restaurant business, Deborah VanTrece is facing a terrifying challenge with extraordinary courage and ingenuity as it unfolds. In mid-March, quickly pivoting from her usually vibrant, crowded dining room to offer safely distanced curbside takeout, as well as a line of frozen foods, VanTrece was also scheduling twice weekly “Pay What You Can” menus for a clientele she knows may be suddenly out of work – and out of food.

Andy Miller reports that Pharmacy Benefit Managers are basically corporate middlemen between health insurers or large employers and drugmakers in handling pharmaceutical benefits. The Georgia General Assembly approved a group of bills in recent days to rein in how PBMs operate.

Nyamekye Daniel reports that the Georgia General Assembly ended its legislative session Friday with the House approving a budget for the new fiscal year that includes $2.2 billion in cuts. The House voted Friday in favor of the $26 billion spending proposal, 104-62.

Beau Evans reports that legislation aimed at shielding Georgia businesses and health-care providers from lawsuits brought by people who contract coronavirus cleared the General Assembly Friday night during the final hours of this year’s legislative session.

Ross Williams reports that state lawmakers Friday sent legislation to the governor’s desk intended to force judges to make a clear call whether to force accused criminals to put down collateral to get out of jail or to simply release them trusting that they’ll show up in court.

What bills from the 2020 session will Brian Kemp sign into law?

Greg Bluestein reports, the end of the pandemic-delayed legislative session kicks off the start of a 40-day window for Gov. Brian Kemp to decide which measures he’ll sign into law and which he’ll scuttle. The Republican wasn’t shy about using the red pen last year when he nixed 14 measures, including one that would have required elementary schools to schedule recess each day.