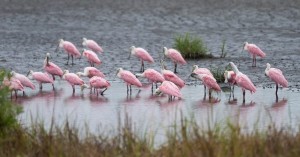 Coastal tourism in the spotlight

Mary Ann DeMuth reports that Georgia has recently been on the minds of the deal experts at Travelzoo, an internet company that publishes discount offers from more than 2,000 travel, entertainment and hospitality businesses. In partnership with Explore Georgia, the state tourism office within the Georgia Department of Economic Development, Travelzoo emailed a blog about some of Georgia’s highlights to millions of its members worldwide.

Matt Kempner reports that Aaron’s, the rent-to-own chain based in Cobb County, announced a $175 million proposed settlement with the Federal Trade Commission related to the company’s disclosure practices with consumers.

Mark Meltzer reports that the Coca-Cola Co. is worried about coronavirus. Coke (NYSE: KO) will tell investment analysts in New York today that it expects an approximate 2- to 3-point impact to unit case volume, 1- to 2-point impact to organic revenue and 1- to 2-penny impact to earnings per share for the first quarter from the virus, which has killed more than 2,000 worldwide so far.

Emil Moffat reports that legislation designed to reduce mandatory training hours for experienced foster families has passed the Georgia Senate. Currently, every family is required to undergo 15 hours of training per year if they want to foster a child.

Staff reports that on Thursday, the Board of Public Safety voted unanimously to approve former Tift County Sheriff Gary Vowell to serve as the interim commissioner of the Department of Public Safety. Governor Kemp applauded the board’s decision, citing Vowell’s lifelong career in law enforcement and dedication to integrity and public service.

University of Georgia is marshaling its resources to battle farmer stress

Merritt Melancon reports, much like their counterparts across the nation, farmers in Georgia have experienced increased rates of suicide and stress over the last decade. To help curb these statistics, an interdisciplinary team of researchers and University of Georgia Cooperative Extension faculty have teamed up to help understand the causes of rural stress and to build systems that can help rural communities support community members in crisis.

Candice Dyer reports that the Food Bank of Northeast Georgia (FBNG) started modestly, with a few cans of soup in an Athens garage in 1992. Since then, it has amassed inventory that includes flash-frozen fruits and vegetables along with canned food, bread, dairy products, produce and frozen meat. Currently the organization distributes nearly 1 million pounds of food a month through several channels.

Riley Bunch reports that Alice Harris was watching television with her two grandkids when a commercial came on for an auto title loan company. At that time in May 2017, she was in the thick of a custody battle and out of money to pay her lawyer.

Wes Wolfe reports that it’s take-two for House Bill 93, which received the unanimous vote of the state House Natural Resources Committee for the second consecutive year Thursday. The legislation, which requires advance notice to a local municipality before dewatering a coal ash pond, was a project of state Rep. Jeff Jones, R-St. Simons Island.

Maggie Lee reports that a Brunswick GOP lawmaker is pushing legislation intended to ensure all campus common areas are open to speakers, even if that speech is unpopular or controversial. Sen. William Ligon said Georgia needs to ensure First Amendment free speech rights are honored on public college campuses.

Multiple tax changes could be on the way in Georgia

Stephen Fowler reports that Ed Tarver, the first African American U.S. Attorney for the Southern District of Georgia and former state lawmaker, has officially launched his campaign for U.S. Senate for the seat currently held by Republican Sen. Kelly Loeffler. In a campaign video, Tarver touted his work “for all Georgians without regard to racial, religious, or cultural differences” while also targeting disparities and inequalities in the criminal justice system.

Dave Williams reports that the state House of Representatives took another crack Thursday at legislation giving Georgians the legal ability to sue the state and local governments. The House unanimously passed a constitutional amendment targeting the doctrine of sovereign immunity, a centuries-old legal concept that holds the “sovereign” – or government – cannot be sued without its consent.

Greg Bluestein reports that President Donald Trump said late Thursday he could make U.S. Rep. Doug Collins his permanent director of national intelligence, a move that could spare Republicans of a nasty intraparty fight against U.S. Sen. Kelly Loeffler. The president told reporters on Air Force One that he is considering appointing the Gainesville Republican, one of his most visible defenders in Congress, for the coveted position.