Molly Samuel reports that work on the nuclear power expansion at Plant Vogtle isn’t keeping up with a timeline set by owners of the project. At a hearing on Tuesday, officials with Georgia Power and its sister company Southern Nuclear said they’re still optimistic, though, that the project will be done on time. 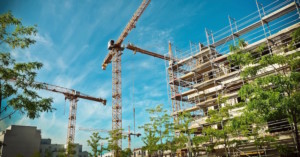 Georgia chicken feet may sidestep rendering plants, thanks to China

Matt Kempner reports that China has finally reopened its doors to the U.S. poultry industry. Leading the charge? Chicken feet. Or paws, as some in the poultry world call them.

Staff reports that Goodyear Tire & Rubber Co. will carry out a massive project in metro Atlanta. Goodyear will occupy a new 1.5-million-square-foot warehouse and distribution center in Newnan, Ga. It’s unclear how many workers Goodyear will hire for the facility, but a similar project in Texas employed over 150.

Shipping resumes 24/7 to Port of Brunswick

Larry Hobbs reports that daytime shipping traffic into the Port of Brunswick resumed Thursday, the first time it has been permitted on a regular basis since the Sept. 8 wreck of the 656-foot freighter Golden Ray in the St. Simons Sound, according to the Unified Command. The 25,000-ton Golden Ray lies capsized on its port side between St. Simons and Jekyll islands, just south of the federal shipping channel that runs through the sound to the port.

Mary Ann DeMuth reports that Gov. Brian Kemp has proclaimed this week, Nov. 18-22, the eighth annual Georgia Telework Week. The proclamation, signed last month, recognizes that teleworking can have a significant positive affect on the state’s environment and air quality as a result of reduced vehicle emissions.

Charles Oliver reports that at first blush they may not seem related, but ethics and textiles have much in common, according to Supreme Court of Georgia Justice Charlie Bethel. “Ethics are the shared values of a community or a society,” he said.

Gary Tanner reports that State Rep. Michael Caldwell, R-Woodstock said Thursday that he is staying in the race for State Senate District 21. Incumbent Sen. Brandon Beach abandoned his run for Congress Thursday to seek re-election, setting up a primary showdown with Caldwell.

Stanley Dunlap reports that Trudy Posner told state officials at a public hearing this week her son’s serious heart condition could have worsened if he had not found a new job a month before he turned 26. That’s when he would’ve lost insurance through his parents’ coverage.

Nick Robertson reports, organized for the first time by the nonpartisan League of Women Voters of Coastal Georgia, Saturday’s “Gerry Meander” tour welcomed the public to join a road trip traveling from Southside Savannah to the waterfront Wyld Dock Bar, enhanced by a pair of speakers providing insight about gerrymandering and Georgia’s redistricting system during the ride.

Greg Bluestein reports that White House hopeful Pete Buttigieg is set to unveil a proposal Monday in Atlanta that would funnel $500 billion into programs designed to make college more affordable for working class and middle-income families.

Georgia Rises as a Manufacturing Magnet