Staff reports that several key milestones have been reached in the expansion at Plant Vogtle, according to Georgia Power. The site now has about 8,000 workers, which represents a record high for the project to install two new nuclear reactors. 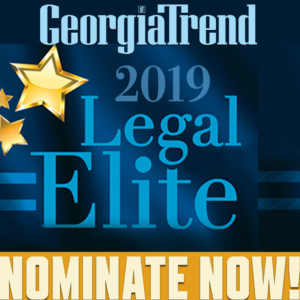 Karen Kirkpatrick reports, nominations for Georgia Trend‘s 2019 Legal Elite end Friday, July 12. Make your nominations today. Who do you think is the state’s most effective lawyer? Now through Friday, July 12, 2019, you can tell us. Georgia Trend magazine’s annual Legal Elite listing will highlight the state’s most effective lawyers in 16 different practice areas.

Kelly Yamanouchi reports that former Delta Air Lines executive Steve Dickson faces some opposition to his nomination for the job of heading the Federal Aviation Administration. U.S. Sen. Maria Cantwell, D-Wash., the ranking Democratic member of the Senate commerce committee considering Dickson’s nomination, said she will not support the nomination by President Donald Trump of the former senior vice president of flight operations at Atlanta-based Delta for the top job at the FAA.

Douglas Sams reports that WeWork Cos. is moving into downtown Decatur. The property it chose, once known as the Callaway Building, is getting an overhaul. WeWork will lease 33,000 square feet — enough room for at least 540 members.

Katie Nussbaum and Zach Dennis report that for some, the initial thought of the Savannah film industry might conjure up images of movie stars, closed roads and traffic detours, but for thousands of Savannah area residents who work behind the scenes, it means a steady job and a living wage.

Curt Yeomans reports that a developer is seeking permission from Gwinnett County leaders to build a large neighborhood with 499 residential units, including apartments and town homes, near the planned Gravel Springs Road interchange on Interstate 85, according to county documents. DonRob Investments LP has file two related rezoning applications for a combined 45.01 acres of land on the 2700 block of Brown Road in unincorporated Buford.

Ellen Eldredge reports that the Federal Communications Commission will vote July 10 on a $100 million initiative to improve health care access for rural Americans. The money would boost funding for telehealth equipment across the country including here in Georgia, allowing people who can’t get to a clinic or hospital to see their doctors online.

David Pendered reports that the FAA has decided it has enough information to review the launch permit application for Spaceport Camden – including environmental information. This occurs even as an environmental law group continues to fight the FAA in federal court in Atlanta for a full accounting of potential environmental hazards of proposed rocket launches over Cumberland Island National Seashore.

Greg Bluestein and Tamar Hallerman report that Democrat Teresa Tomlinson pulled in more than a half-million dollars during the first three months of her bid to unseat U.S. Sen. David Perdue. The former Columbus mayor is set to announce Sunday she raised roughly $520,000 and loaned herself another $30,000 between April and the end of June.